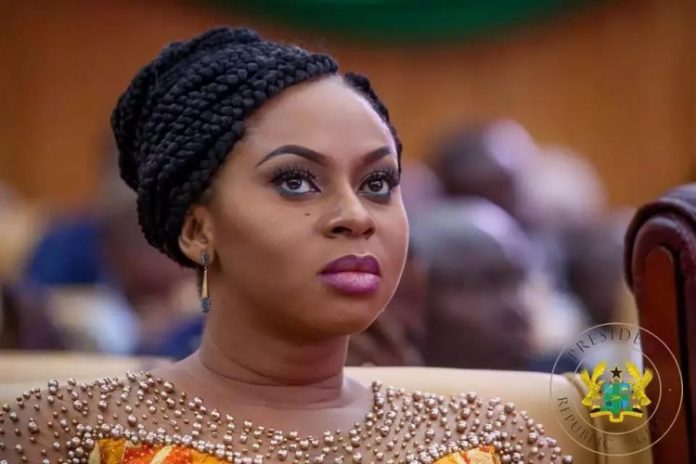 The Cape Coast South MP speaking with Captain Smart on Onua TV/FM’s ‘Maakye’ Wednesday July 20, 2022 said “it is only the Speaker [of Parliament] who has the power to declare Adwoa Safo’s seat vacant. She is still the Member of Parliament for Dome Kwabenya.”

The MP noted until the Speaker directs the Clerk of Parliament to make such announcement, no other person in the House, be it a Committee Chair or whoever, can pronounce a seat vacant.

Sarah Adwoa Safo was among three other MPs who were summoned to the Privileges Committee of Parliament for absenting themselves for more than 15 sittings.

However, the Dome Kwabenya lawmaker never availed herself before the Committee saying she was never served with any invite.

Second Deputy Speaker and Chairman of the Privileges Committee, Joseph Osei Owusu after the Committee’s work said the Clerk of Parliament was required to declare the seat vacant for a by-eletion to be held.

A Member of the Committee, A.B.A. Fuseini has earlier indicated to the media in Parliament that the Committee never discussed anything relating to the Adwoa Safo’s ousting from the House and such pronouncements from Mr. Osei Owusu was an “absolute pathological lie”.

Meanwhile, Mr. Rocketts-Haggan has said the Clerk of Parliament’s role is administrative and only the Speaker can authorise that.

Adwoa Safo has also in a Facebook post said she is still committed to the NPP and President Akufo-Addo despite attempts to single her out for a deed that has persisted for ages.