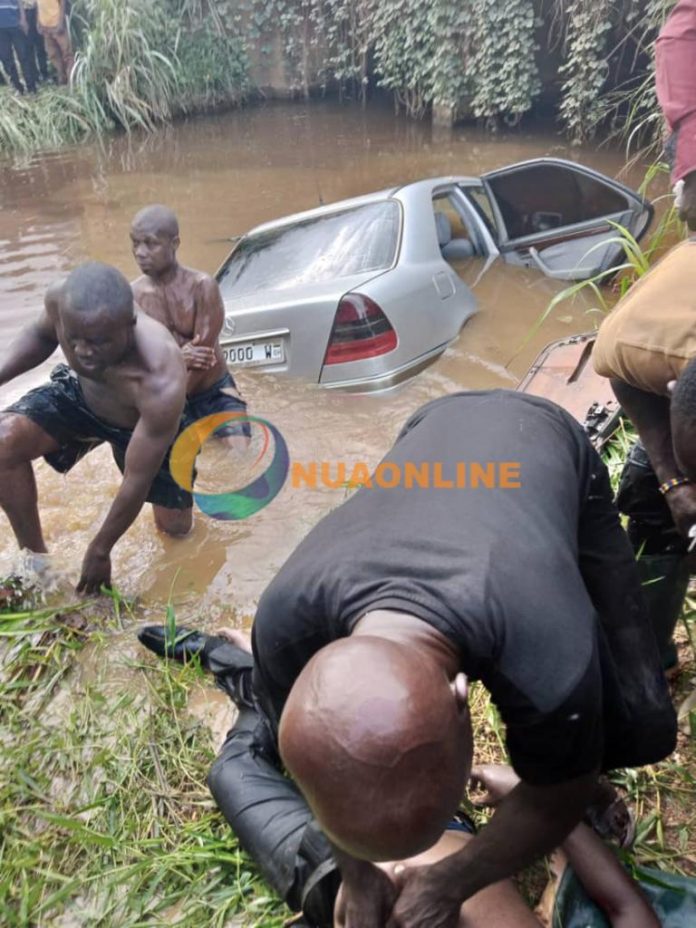 A motorist suspected to be a staff of Ghana Revenue Authority at the Birem Central Municipality has died after drowning.

The private vehicle he was driving, a Benz with registration number GW 9000-W veered of its course and plunged into the Boti river along the Oda – Ofoase – Ayerebi road in the Eastern Region.

He was heading to Akyem Oda.

Residents along the stretch narrated, they noticed the vehicle took a sharp turn before it veered and plunged into the river.

He was unable to come out of the vehicle whiles others look on helpless fearing their lives unable to swim to rescue him.

Help from other residents from the next town, Oda Nkwanta arrived but it was too late.

The body has been deposited at the Oda Government Hospital after doctors there officially declared him dead.

Residents have bemoaned the delay in the construction of the Oda – Ofoase – Ayerebi road, demanding that it is fixed immediately.