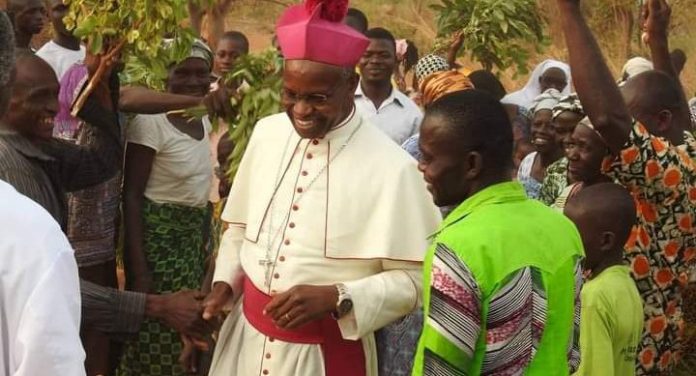 The Bishop of the Catholic Diocese of Wa, Most Rev. Bishop Richard Kuuia Baawobr, has been made a Cardinal. He is among 21 new Cardinals announced by Pope Francis.

Bishop Richard Kuuia Baawobr becomes the third Bishop from Ghana to be made a Cardinal.

The first Cardinal from Ghana is Cardinal Peter Kwadwo Appiah Turkson in 2003, followed by late Cardinal Peter Porekuu Dery in 2006; he is in the process to be named a Saint.

Catholic faithfuls in Ghana are excited about the announcement of him as a new Cardinal.Cardinals are leading bishops and members of the College of Cardinals.

Their biggest duty is participating in the Papal Conclave, that is, voting for the new Pope. Most have additional duties including missions within the Roman Curia, governmental body of the Holy See.

‘Being homosexual is not a crime’ – Pope Francis clarifies statement