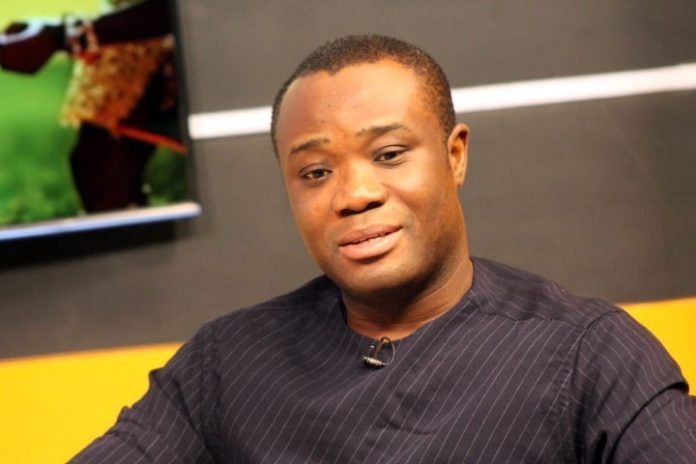 There was substantial evidence against Minister of Health Kwaku Agyemang Manu in the Sputnik V contract that he signed, for President Akufo-Addo to have acted against his appointee without even parliament probing the matter, a Former Deputy Communications Minister, Felix Kwakye Ofosu has said.

However, he said, President Akufo-Addo was not bothered about protecting the public purse hence did not see the need to hold his minister accountable.

Speaking on the findings of the parliamentary committee that probed the contract, on TV3’s Key Points on Saturday August 7, Mr Kwakye Ofosu said the President should have sacked the Health Minister the very day he admitted to the committee that he “was not thinking properly” in signing the contract.

“The president should have fired him the day the Minister went to parliament to say he was not thinking properly.

“I am not surprised at the outcome of this investigations because I quite frankly think that the investigation was not required. There were sufficient evidences even before the investigation for Preside president Akufo-Addo to have taken action against him but unfortunately we have a president who appears to be bothered the least about embezzlement and misapplication of the public purse and so will do absolutely nothing about it,” Felix told host Dzifa Bampoh.

Reacting to these claims, the Director of Communications of the New Patriotic Party (NPP) Yaw Buaben Asamoa said who dismissed the embezzlement claim  said “For this is man who has chaired the Public Accounts Committee and he tells you that knowing how these things work, his engagement with public sector, he tells you that at a certain point given the responsibility he had to act this way and he comes before the entire world and tells you this.

“The real business we have in this is that we have a very experienced persons who has conducted himself in a certain way against certain institutional norms of which he was very aware can we then conclude that he intended that money for his personal benefit. That is what the NDC are implying. My position is that it cannot be the case, that with his experience and knowledge.”

The Parliamentary Committee that probe the deal found that the Procurement and Supply of the Sputnik-V Covid-19 Vaccines between the Government of the Republic of Ghana (represented by the Ministry of Health) and the Private Office of His Highness Sheikh Ahmed Dalmook Al Maktoum, is an international Agreement.

The Committee therefore took the considered view that the Agreement qualifies as an International Business or Economic Transaction and the legal implication is that, the Agreement required a prior Parliamentary approval to come into operation in accordance with Article 181(5) of the1992 Constitution.

The view of the Committee aligns with the advice of the Hon. Minister for Justice and Attorney-General and the ratio in the case of the Attorney General v. Balkan Energy Ghana Limited & Others [2012] GHASC 35.

10.1.2 The Committee found that S. L. Global was a Ghanaian Incorporated Company, hence the Ministry’s Agreement with the Firm did not qualify as an International Business or Economic Transaction where Parliamentary approval would be required.

The Health Minister Kwaku-Agyemang-Manu should have contacted and engage with the Parliamentary select Committee on Health on the Sputnik V contract even if it was an emergency situation, the Parliamentary Committee that was tasked to probe the contract.

The Committee in its final report said “The point must also be made that, even if it was an emergency, the Minister should have found time to communicate effectively and engage with the Committee on Health.

“The extensive engagement would have saved the Ministry from the negative reactions from the citizenry and some Members of Parliament.”

Mr Agyemang-Manu has earlier admitted before the committee that he did not do due diligence before contracting with the private office of one Emirati Sheikh, H.H Sheikh Ahmed Dalmook Al Maktoum for 3.4 million doses of Sputnik V at a unit cost of $19.

“Those were not normal times and I was seriously in a situation that didn’t make me think properly, the way you think that now I will actually abreast myself with the situation”, he told the committee Monday, July 19.

The deal was uncovered by a Norwegian journalist, Markus Tobiassen, who works with tabloid Vergens Gan, to have been inflated by some $9 citing the ex-factory price of the vaccine as $10.

The minister said, the whole deal was reached out of desperation and frustration on the part of his office, the reason he did not seek parliamentary approval for the international transaction as is required under Article 181 (5) of the Constitution of Ghana 1992.

“February, 78, March 56, there were the numbers and if you, any of us here were the Health Minister at the time I think you might have taken certain decisions that on hindsight or going forward you may not have done those things This was the environment that I found myself in. Out of desperation, frustration, so many things and people were dying we needed to protect our citizens.”

The Parliamentary investigative committee has therefore recommended to the Ministry of Finance to take steps to recover the money due the Republic in respect of the amount of US$2,850,000.00 (Cedi equivalent of GH¢16,331,640.00) being the cost of the Sputnik-V vaccines that were proposed to be procured.

The Committee says it found that the Ministry of Health did not seek approval from the Board of PPA under Sections 40 and 41 of Act 663 before signing the Agreements.

Cost of the Vaccines

Decision to Procure the Vaccines

Based on the afore-mentioned findings, the Committee recommends as follows:

Issues Relating to Article 181(5) of the Constitution

Standing Orders and the practices of the House.

30% admission quota: Don’t come and tell us you were not thinking straight – Agyemang Manu told