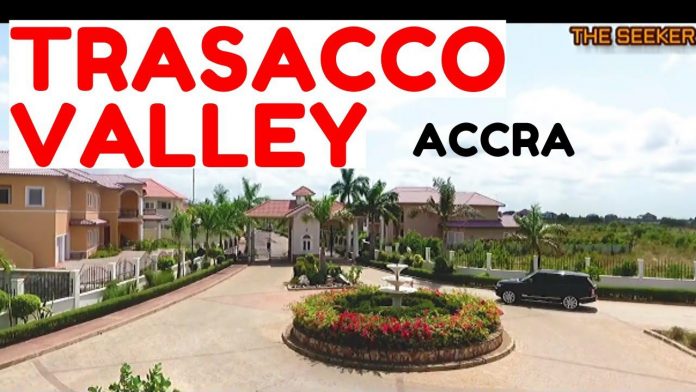 Management of Empire Builders (Trasacco Valley) Limited has warned encroachers, particularly Top Kings, to stay away from the parcel of land titled to it by a Supreme Court judgement.

Empire Builders stated categorically that they now have in their possession the judgment plan from the Supreme Court ruling.

In a statement signed by Kwame Owusu Danso, PR consultant for Empire Builders, Top Kings are still laying claim to a parcel of land outside the 62-acre legally granted them by the courts.

Consequently, Empire Builders are cautioning Top Kings to stay away from its lands and stay within its 62-acre jurisdiction.

It sought to bring finality to the disputed land issues with Top Kings Enterprise Limited after the court judgment.

According to the statement, Empire Builders have been compelled to address the issue taking into account that actions are being taken in contravention of the judgment.

On June 24, 1999, Empire Builders took Top Kings Enterprise Limited (Top Kings) to court for trespassing on a 62-acre Empire had Title to.

In its judgment of the June 11, 2003 the High Court, Coram: His Lordship Justice Brobbey JSC (as he then was) sitting as additional High Court Judge, held that Top Kings’ was to, and I quote, “keep the portion of the disputed land that are already in its possession.”

The parcel referred to by the learned judge was made up of 22 acres, eight (8) acres and the 32 acres of the land. The entire parcel of land granted to Top Kings per the High Court judgment totaled 62 acres and Top Kings was already in possession of that parcel of land and took steps to dispose of and develop into what is known as ‘Kings Cottage Estate’. The portion of land never fell within the master scheme that is currently Trasacco Valley.

The statement mentioned that the High Court also entered judgment for the Lands Commission (3rd Co-Defendant, acting on behalf of the Government of Ghana) in respect of 114 acres out of 456 acres of land Empire Builders was in possession of.

The Court further indicated that a portion of land within the 456 acres also belonged to the Government, which formed part of a large parcel of land acquired by the Government of Ghana for animal husbandry.

The Court made additional orders that Empire Builders was entitled to keep possession of the rest of the 456 acres not affected by the 62 acres for Top Kings or the Government of Ghana.

The piece of land decreed in favour of the Government per the High Court judgment on June 11, 2003 which is the 114 acres formed part of the parcel of land released by the Government.

By a Lease dated August 12, 2010, the Government of Ghana released to the Nungua Stool 974.53 acres of land, a portion of which was used for Nungua Farms and Animal Husbandry.

The said 62 acres is separate and distinct from the 62 acres declared in favour of Topkings by the High Court.

The statement said Empire Builders appealed the Court of Appeal’s judgment to the Supreme Court.

On December 16, 2020, the Supreme Court upheld the Court of Appeal’s order. The summary of the Supreme court judgment was that Top Kings owned 62 Acres (already in its possession)

It also never formed part of the land declared in favor of the State.