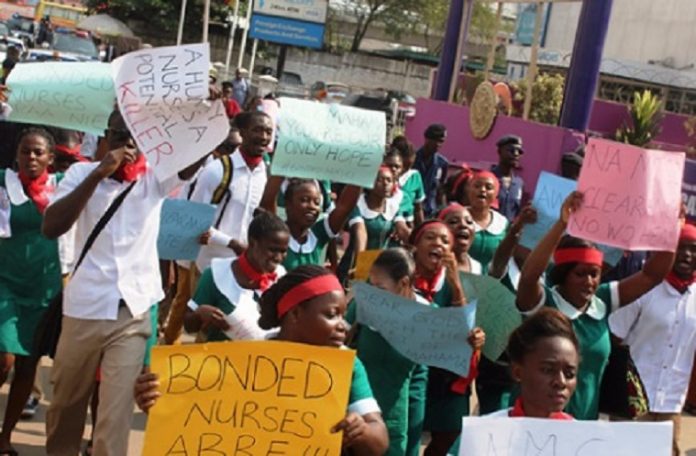 The Northern chapter of the 2019 batch of the Nursing Assistant Clinical and Preventive Services will today, Tuesday, September 20, hit the streets of Tamale to demonstrate over what they describe as discrimination on the part of government.

In a statement issued by leadership of the coalition, it has been ten (10) months since the Ministry of Health opened their recruitment portal for all cadres of Nurses and midwives in Ghana to choose their preferred regions for posting.

It says, though both the Degree and Diploma Nurses and Midwives have since been posted to their preferred regions and agencies of choice in March and April respectively, certificate nurses are yet to be posted.

“Our total population is Ten Thousand Seven Hundred and Twenty Seven (10,727) and we have been home for three (3) good years after completion meanwhile we don’t undergo National Service and we are gradually de-learning the knowledge and skills we acquired.

“Currently, we are going through a lot because majority of us are breadwinners for our families and due to the public claim made by the ministry on the imminent recruitment of all cadres led to a lot of layoffs by private institutions some were working for leading most of us to hawking, galamsey and other means to survive,” the statement further revealed.

The coalition has also described as untrue, recent communication from government making claims that all 2019 cadre of nurses and midwives have been posted.

Thousands of members of the coalition are expected to take part in the demonstration.

N/R: One suspected case of Ebola recorded in Tamale

Tamale-Daboya road to be completed in November 2023 – President