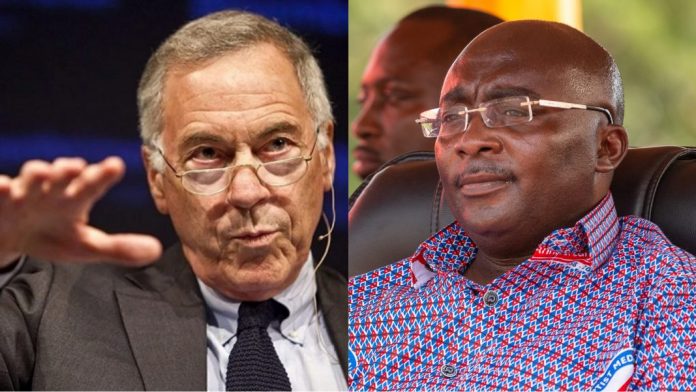 A Professor of Applied Economics at the Johns Hopkins University in Baltimore, Maryland, Steve Hanke, has punched Ghana’s economy yet again on the rate at which things are being worsened on a daily basis.

This is not the first time the Economist is speaking on Ghana’s economy especially after seeking a bailout from the Bretton Woods Institute.

His critique, this time around, was directed to the Vice President of the Republic, Alhaji Mahamudu Bawumia, the head of Ghana’s Economic Management Team on the spiralling inflation that is bedeviling the country.

In a tweet made by the Professor, he chided Dr. Bawumia for creating problems for Ghana albeit claims of entering politics to help people solve problems.

His comment comes on the back of an 81% yearly inflation which is nearly 2.5 times the official rate.

Measures to recover economy from COVID-19, Russia-Ukraine war to be rolled out soon – Bawumia