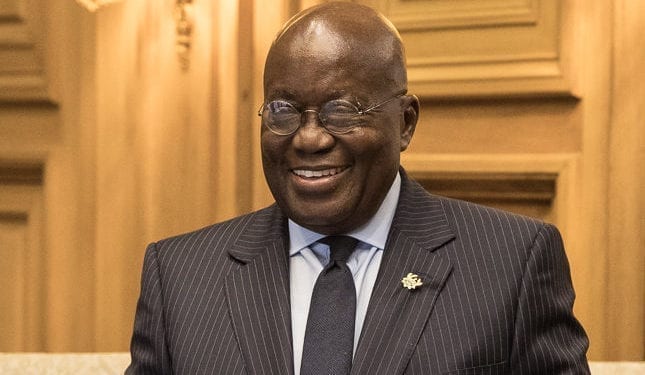 President Nana Addo Dankwa Akufo-Addo on Tuesday August 10 hilariously introduced Health Minister Kwaku Agyeman-Manu as a vilified minister at a function in Domfete in the Berekum West District of the Bono Region.

Mr Agyeman-Manu has taken a two-week leave following the barrage of criticism he suffered over the botched Sputnik V contract.

While addressing the chiefs and people of the area, he said in the local dialect that “…This is the minister of Health who is being vilified.”