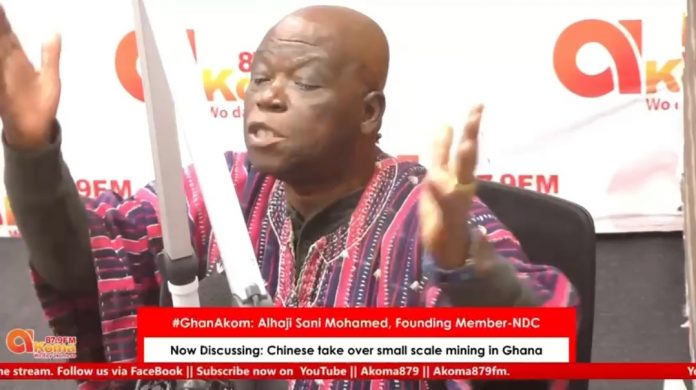 A Founding Member of the opposition National Democratic Congress, Alhaji Mohammed Sani has quizzed whether President Akufo-Addo knows something about the demise of Queen Elizabeth II.

Alhaji Sani says there are pressing issues in the country for the President to attend to than to honour an invite to the funeral ceremony of the longest serving Monarch of the United Kingdom.

Speaking with Aduanaba Kofi Asante Enning on Akoma FM’s GhanAkoma Monday, September 19, 2022, the NDC man was stunned as to why the President should be in Westminster Abbey despite having no high ranking member of the royal family attending similar events in Ghana.

Rather than being in London, Alhaji Sani holds the president should have been home addressing the galamsey menace that is bedeviling the country.

You’ve gone to London, are you the one that killed Queen Elizabeth? When did they attend our funereal? I’m aware over 500 heads of state have attended the funeral but he has a lot of problems in here.

As a president you’ve been given all the powers but you can’t command your officers to protect us yet you’re preaching ‘if you see something say something’. Is there anything bigger than galamsey?,” he quizzed.

The King of the United Kingdom, King Charles III extended an invite to President Akufo-Addo as well as over 500 world leaders to attend the funeral of the late Queen.

Whilst discussing the takeover of Small Scale Mining in the country by the Chinese on Akoma FM in Kumasi, the NDC founding member noted the President should have rather sought to resolve the canker than to attend the funeral.