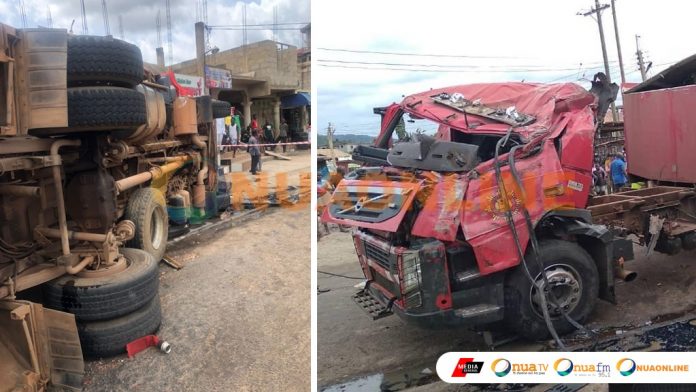 A Fire Tender with registration number FS 548 which serves Obuasi Municipality, Obuasi East District and Akrofuom Districts has been involved in an accident at Obuasi Stadium Junction on Sunday, June 5, 2022.

He said 8 personnel where onboard the vehicle heading to Kyekyewere to douse a fire outbreak.

Upon reaching the Obuasi Stadium junction, the driver who is unaware of the construction of a bridge on the road had no option than to divert from the main road to save trapping in the constructed pit.

“We had a fire call at council quarters at Obuasi and few metres to the stadium junction, they saw a heap of sand and chippings because they were reconstructing the bridge. So they were turning right and the car fell,” he narrated.

He said the Fomena Fire Station were called to douse the fire.