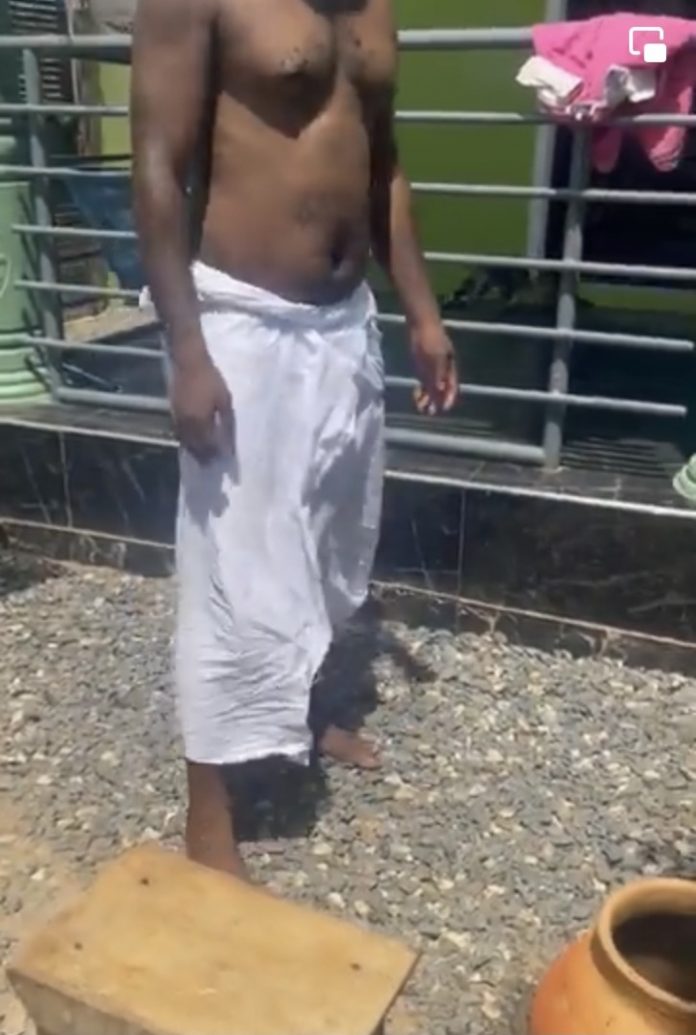 Residents of Oyibi Kom in the Greater Accra region have expressed shock over a man who sent his own daughter to a herbalist for money rituals.

The herbalist, Nana Adu-Boafo Jnr. says the man promised him GH₵10,000.00 and other good surprises after the rituals.

“I was crying within me because I have sympathy for humans and animals , I don’t kill people , sometimes I don’t even eat my own poultry because I grow so much love for them. The sad thing is, he even picked the daughter from school during school hours with an intention of buying her a new dress,” the herbalist narrated.

“I prove to him I am a clean and gentle Herbalist.
I recorded every scene and called the Police and my Mother and godmother,” he added