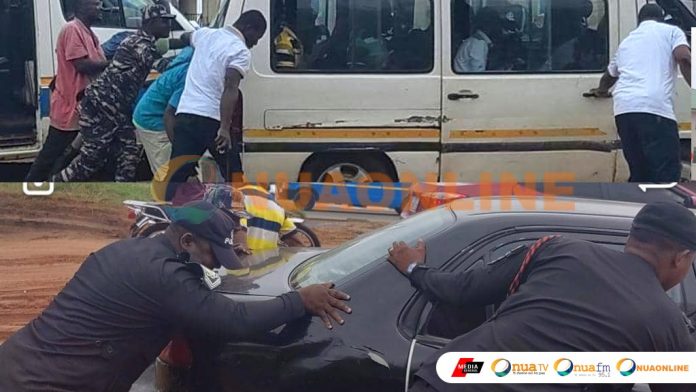 Police officers at the Weija Divisional Command turned to car pushers Monday morning after the rains exposed the deplorable nature of the road they were manning.

Following the rains yesterday, a heap of sand that reportedly eroded from an area called ‘Red Top’ deposited at that spot on the highway making it difficult for the vehicles to move.

Police officers had to join passengers to help push some cars to make way for others.