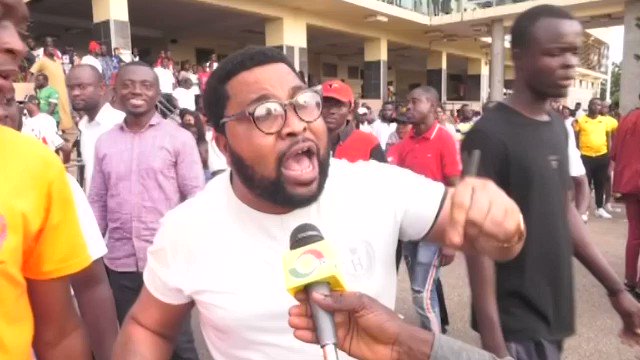 Fans of Kumasi Asante Kotoko have expressed their outrage over their side’s shock elimination from the CAF Champions League on Sunday.

Kotoko were eliminated at the preliminary round after losing 3-1 on penalties to Burkinabe side RC Kadiogo at the Baba Yara Stadium in Kumasi.

The Ghanaian champions lost the match 1-0, tying the aggregate score at 1-1, but three misses in the shootout sealed their fate.

Kotoko were overwhelming favourites heading into the second leg after winning the first leg away from home last Monday.

A late goal by Isaac Oppong secured the victory in Benin, and Kotoko were expected to seal qualification in front of their fans, but were stunned by a tenacious Kadiogo side.

But Kadiogo silenced Baba Yara Stadium as they scored in the 11th minute to take the lead and level the aggregate score.

The Porcupine Warriors threw everything at Kadiogo in search of a goal that would have seen them through, but the Burkinabes held firm, forcing a penalty shootout.

RC Kadiogo were clinical, converting three of their four penalties, while Kotoko only scored one, as the Burkinabe club advanced to the second round.

After the game, some disappointed fans who tropped the stadium expressed their disappointment with 3 Sports.

"Our team is a bogus team!"

Asante Kotoko fans were displeased 😡 with the team's performance on Sunday.#3Sports pic.twitter.com/uminRVxTG9