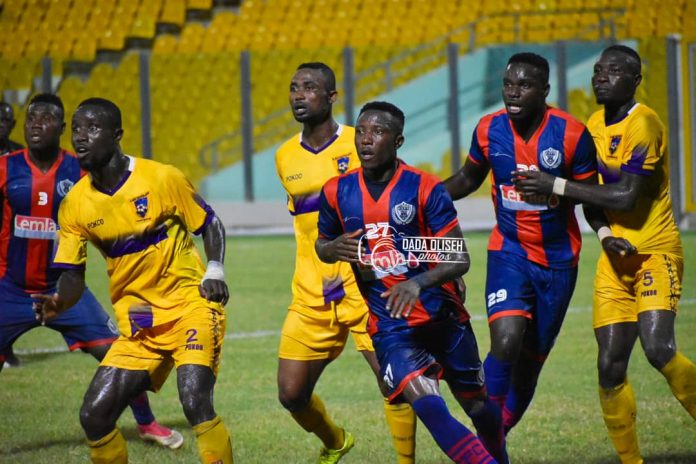 Former Accra Hearts of Oak Centre-Back, Yaw Amankwaa Mireku, has advised young footballers to lead exemplary lives in order not to lose touch with the realities of life after retirement.

He says manifest amongst the wayward life footballers adopt as they ascend the ladder of their profession is engaging in affairs with different kinds of women.

According to the former defender, each stage of the career of a player determines the type of women they roll with, making many of them widowers after their careers.

He was speaking on Onua TV/FM’s Peoples’ Assembly organised on its morning show, ‘Maakye’ on Thursday July 28, 2022.

“About 90% of footballers wives leave them after their career. We don’t marry out type of women. These [regular change of women] are pits ahead of us that we are falling in. Because we take a lady at each stage of our career. It is clear these ladies did not come because of you but your money.

“If I die and return 100 times, I’ll play football. I’m still not playing but I eat because of football,” he noted whilst contributing on remaining relevant off the field and how industrious the sport has been to him personally.

Mr. Mireku further counselled young footballers to “stop the intake of alcohol because it is killing them.”

Meanwhile, ex Asante Kotoko and Black Stars Midfielder, Yussif Alhassan Chibsah also relayed to youngsters to save and invest part of their income no matter the value.

His view indicate many GPL players dwell on the fact that salaries on the local scene is not enough, expecting a career abroad before securing a future for themselves.

But according him, “It’s not about how much that comes to your hand but what you do with it.”