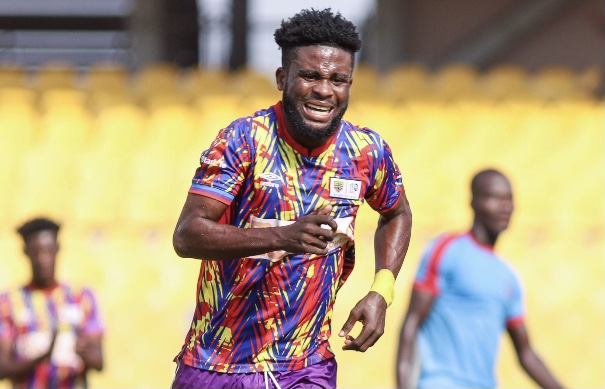 Obeng Jnr who featured in 23 matches out of 34 due to injuries believes the exploits of Barnieh have been remarkable.

Speaking on Agoro Fie on Onua TV Monday, June 27, 2022, Kojo Obeng Jnr said, “Daniel Afriyie Barnieh is by far my best player this season. Barnieh has been consistent since last season. He is the best not only at Hearts of Oak but the entire league.”

Daniel Afriyie Barnieh emerged as the top scorer of the MTN FA Cup with four goals after helping Hearts of Oak to retain the title. He also scored 8 goals in the 2021/22 season of the Ghana Premier League.

He was very instrumental last year when Hearts of Oak won the GPL last season, making him earn an invitation into the senior national soccer team, the Black Stars.

He debuted for the nation against Chile at the Kirin Invitational tournament in Japan in June 2022.