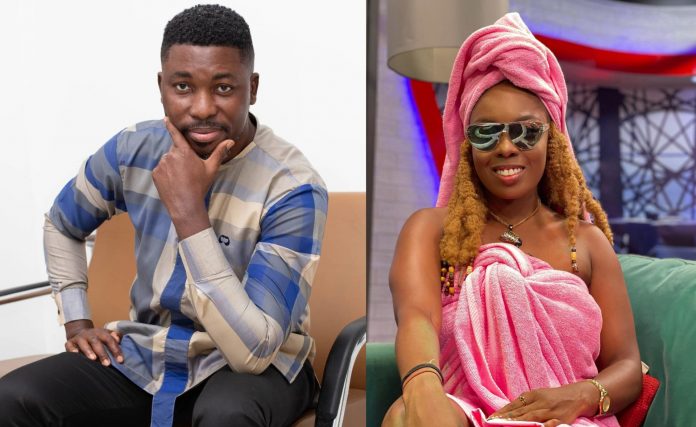 Popular singer, Feli Nuna, has shown no remorse for trading insults with A-Plus on live TV.

She says her colleague musician turned political activist, Kwame A Plus, got what he deserved on United Showbiz.

Both musicians traded insult on each other live on UTV’s united showbiz weeks ago.

Reacting to the above mentioned altercation, the towel hitmaker said “I think whoever on that set got what they deserve” she told Christian Agyei Frimpong on Onua ‘Anigye Mmere’ show.

Furthering why she’s not remorseful about the incident, she explained “I watched the said interview because I was so emotional and quite upset. Because of the things being said around me, I feel I handled myself well. If I’m given the opportunity I will be more vocal and express myself.”

“I won’t retract it and I don’t think I’m going to say worse things, because I’m a joyful and peaceful person. For that reason I don’t think I’m even going allow myself to be in a space with certain individuals.”

Explaining why she won’t be in a space with A Plus again, she indicated A Plus refused to take pictures with her after the said show.

“You know what is funny, after the show and we were all taking pictures, A Plus refused to take picture with me in a group.” Feli Nuna revealed.