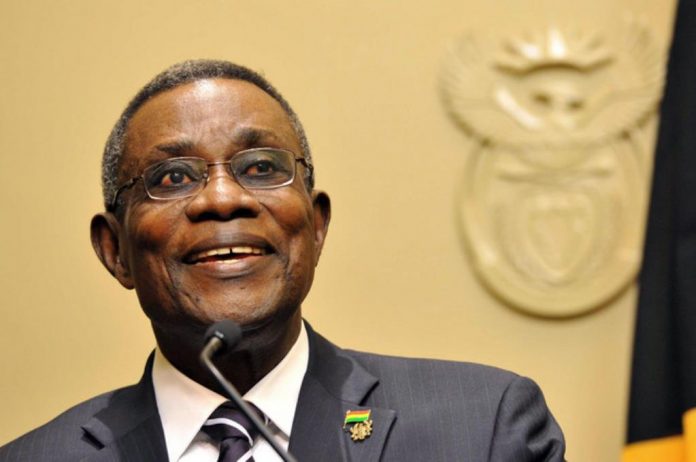 President Addo Dankwa Akufo-Addo has described as “false and malicious”, accusations by people that government has desecrated the tomb of late Prof. Mills in the process of rehabilitating the Asomdwoe Park.

The President says it deemed it right for the Park to be rehabilitated considering the depleted nature it was, unbefitting for a former president of the land, and that, the accusations of befouling the burial place is far from the truth.

“…There have also been unfortunate accusations levelled by some against Government about the supposed desecration of the tomb of the late President in the process of rehabilitating the Park.

“Nothing could be further from the truth, and it is good to note that these false, malicious statements have been firmly dispelled and debunked by the Coastal Development Authority, through the agency of its CEO, Mr. Jerry Ahmed Schaib, in a public statement under his hand,” the President stated at the commissioning of the redevelopment of Asomdwoe Park, Accra, Sunday, July 24, 2022.

The Asomdwoe Park is a special place built to bury late President John Evans Fiifi Atta Mills, who passed on in July 2021 as a sitting president. Asomdwoe Park even though was supposed to receive the remains of all presidents and former presidents who will pass, the corpse of former President Jerry Rawlings was buried at his hometown in the Volta Region.

President Akufo-Addo narrated how he became abreast with the state of the edifice after assuming office.

“Sometime after becoming President, I became aware of the sad state of Asomdwoe Park, and, in 2020, I received a request from the late President’s energetic Communications Director, Koku Anyidoho, who runs the Institute named after the President, for the assistance of Government to rehabilitate the facility.

“I agreed, and, subsequently, I instructed the Coastal Development Authority to undertake a thorough rehabilitation of the Park, with the close co-operation of the Institute,” he noted.

“It was not right that the Park had been allowed to deteriorate considerably over the years since his burial in 2012, and I am happy that it was under the Presidency of Nana Addo Dankwa Akufo-Addo, allegedly his “fiercest critic”, that Asomdwoe Park has been elevated to a status befitting the final resting place of a President of the Republic of Ghana,” the President added.