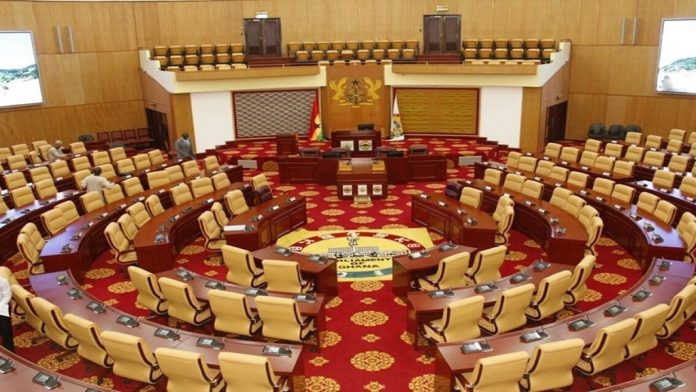 The bill seeking to criminalise homosexuality in Ghana has been laid in Parliament.

The Promotion of Proper Human Sexual Rights and Ghanaian Family Values Bill was laid in the House on Monday, August 2 and read for the first time.

Reading for the first time, a clerk in the legislative assembly stated that the Bill proscribes lesbian, gay, bi-sexual, transgender, queer and intersex (LGBTQI) and other related activities and propaganda or advocacy and promotion for same.

It also came to light that it supports protection for children and persons who are victims or accused of homosexuality.

“For the first time, it is referred to the Committee on Constitutional, Legal and Parliamentary Affairs for consideration and report,” Mr Asiamah Amoako, who is also the MP for Fomena, directed.

The controversial bill has already divided opinion in the Ghanaian public discourse.

While some, particularly the religious and traditional groupings, have supported the Bill and hopeful of its passing, others say it could incur the wrath of the international community against Ghana.

Last week, the Overlord of Wa, Naa Fuseini Seidu Pelpuo IV, banned the practice in the Upper West Region capital and set up a task force to ensure that victims, especially children, are protected.

SIM card re-registration: Ursula Owusu’s ‘no extension of deadline is not true, she will extend it’ – Sam George