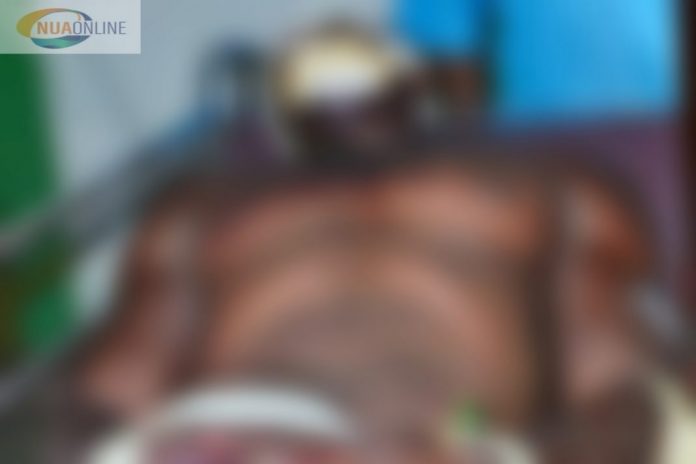 A 40-year-old trader identified as Nana Sammy has allegedly committed suicide by drinking a full bottle of gramoxone weedicide after his wife left with his children.

The unfortunate incident happened at Assin Kyinaso in the Assin South District of the Central Region.

Information gathered by Onua News’ Nana Yaw Asare indicate the deceased had a couple of misunderstanding with his wife and the latter eventually left the marriage with the children.

The deceased who could not handle the situation with hopelessness thought death is a preferable solution to the issue he was engulfed with.

The next morning as he was passing by, he met the deceased in a pool of vomit and faeces with him lying in a recumbent position.

When inquired, the deceased confessed he has drunk poison to end his life due to the pain rendered by his wife.

He was rushed to the Abura Dunkwa Government Hospital where he passed on.

“I saw his gate opened in the morning when I was going to toilet and the window had been raised up. So my brother too was passing and I called him to have a look. He said, ‘brother, I have taken poison.’ He had vomited all over. I asked why he did that and he said the woman is worrying me. He has taken all the children away so I’ve drank it. If I die then I die,” he narrated.

Mr. Gyamfi however stressed that the doctors are yet to confirm to them whether their brother died of the poison or something else.

“Nobody has proven to us he died of poison. He told the people here that he took poison but the doctors didn’t confirm that,” he said.

The case has been reported to the Abura Dunkwa Police for investigation.

Meanwhile, all efforts to get the wife proved futile.