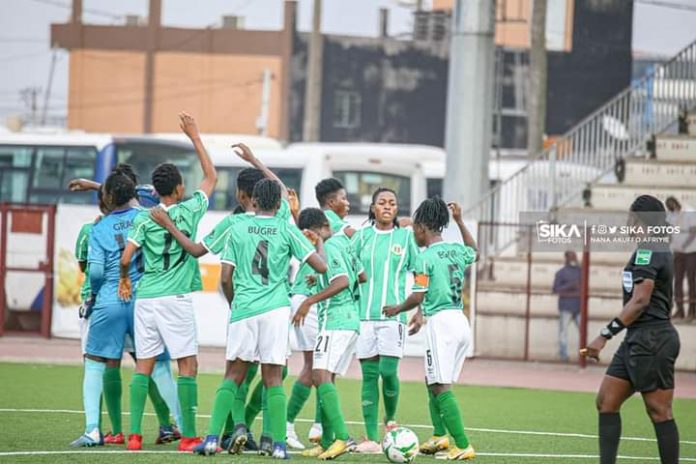 Hasaacas Ladies will square off with Rivers Angels United in the final CAF Women’s Champions League WAFU Zone B qualifier on Thursday at the Robert Champroux Stadium in La Cote d’Ivoire.

Hasmal Ladies are in line to complete a seasonal treble after clinching the Ghana Women’s Premier League and the Women’s FA Cup.

A victory against Rivers Angels will complete the story.

The Jewels of Rivers defeated the Dooo Ladies 2-0 in the group stages and will be hoping for a repeat once again on Thursday evening.

“Football is all about hardwork and all we think about is winning the trophy in the finals.

“If Hasaacas Ladies comes in for revenge, it will be good for us because we will pound on their flesh – we will just come to play our normal game,” the Nigerian side’s headcoach, Edwin Okone, said.

For his opposite number Yusif Basigi, it is a revenge for him and his ladies as they aim to win their third trophy of the season

“I will not term it as a revenge but rather a must win. They won their first game and I’m also going to win the second game, so it’s a tit-for-tat affair,” Basigi said.

The two sides have already booked their ticket in the maiden edition of the CAF Women’s Champions League.

Rivers Angels will rely heavily on their attacking prowess, which has seen them score 12 goals in 3 games.

We exploited on the weaknesses of Rivers Angels United – Basigi