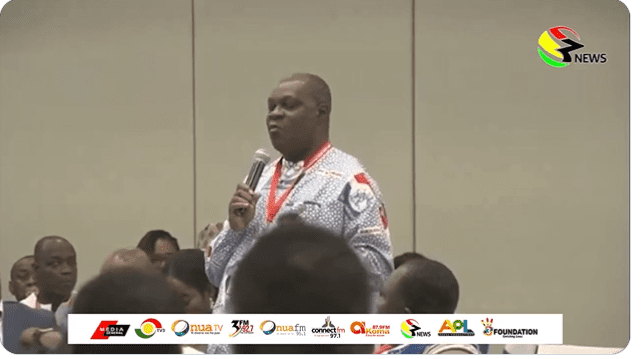 A stalwart of the New Patriotic Party (NPP) based in the United States, Dr Arthur Kobina Kennedy, has questioned whether the NPP will be able to win the 2024 general elections if the polls were to be conducted on how well President Addo Dankwa Akufo-Addpo has managed the public purse.

He said this at a function held by the NPP in the US which was attended by several dignitaries of the party including Assin Central lawmaker, Kennedy Agyapong, on Monday June 6.

During the open forum at the event, Dr Arthur K said “I hope the elephant stays out of the bush. I have listened to a lot of talk today and I noticed that non of the speakers confessed to any policy failure by our government.

“Without any policy failure it will seem strange that we would lose our parliamentary majority. The second thing that has frightened me is that I have heard a lot about communications.

“Somebody even said communication and how the NDC lies. Sometimes our people lie too and sometimes what the NDC people are saying is true. When what they are saying is not true, it is actually very easy to disprove it. But let me go to my question.

“His Excellency Nana Addo Dankwa Akufo-Addo’s first inaugural address, what stuck in most people minds is ‘I shall protect the public purse’ and then he said ‘those who are coming into government to make money will be sourly disappointed.