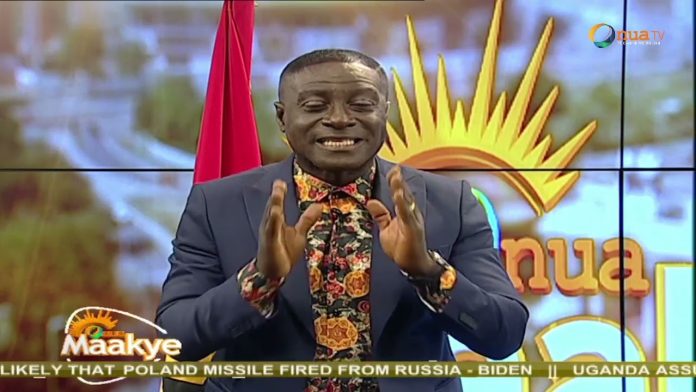 Captain Smart has expressed grave disappointment in the Majority Members of Parliament for rescinding their decision to boycott the 2023 Budget presentation in Parliament.

He has alleged the legislators might have been bribed by the supposed businessman as indicated by Majority Leader and Member of Parliament for Suame, Osei Kyei Mensah-Bonsu to loosen their hands on the minister’s dismissal.

The Minister of Parliamentary Affairs had said Parliament was going to launch investigations in the said allegations which says a $100,000 bribe money was being offered the MPs to back down on their calls to get the Finance Minister out from office.

The 98 Majority caucus members who initiated the move for Ofori-Attah’s removal threatened a boycott of the budget reading should he be allowed to present it.

However, after being called by the President to allow him finish the IMF negotiations and present the budget, the Council of Elders and leadership of the NPP also met with the MPs Tuesday, November 22, 2022 to change their minds.

The MPs subsequently issued a statement saying they are going to allow Ofori-Attah stay and read the budget before further actions would be taken.

READ ALSO: Ofori-Atta stays as Majority MPs back down on boycott of 2023 budget presentation

Livid Captain Smart ranting on his show, Maakye, Thursday ahead of the budget reading asked the Majority MPs why they changed their minds after coming out themselves to demand the minister’s head without being coerced.

“Who told you to come out and tell us that nonsense? Did we beg you to come out to tell us you can’t work with Ken-Ofori-Attah? Then it means you guys have taken the $100,000 bribe Kyei Mensah was talking about. I’m quoting the words of Kyei Mensah-Bonsu. Asante Akyim North MP, who asked to come out that you don’t want Ken Ofori-Atta again? The Akyem Mafias have made you realise how useless you are. That’s why you’re going to be in Parliament today for the budget reading after saying you didn’t want him,” he ranted.