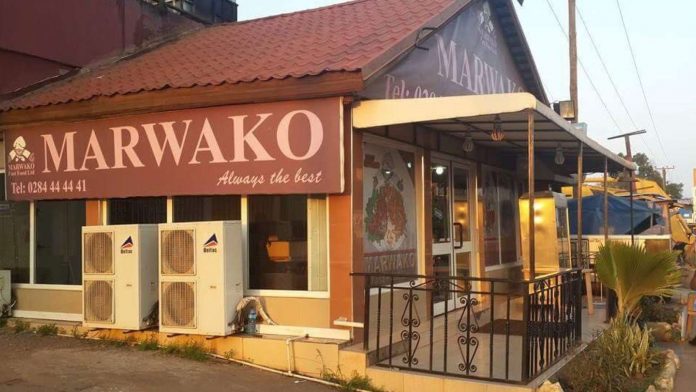 The Management of Marwako Fast Food has revealed that the Food and Drugs Authority (FDA) fined them ¢750,000 over the alleged food poisoning situation.

This was revealed by the Public Relations Officer of Marwako, Mohammed Amin Lamptey in interview with TV3 on Monday June 13 after the FDA had issued a press statement earlier in the day indicating the management of the Restaurant unilaterally destroyed the foods that were being investigated, thereby hampering the investigations.

The East Legon branch of the Marwako restaurant was closed for investigations into food poisoning allegation.

Mr Amin Lamptey, while speaking to TV3’s Judith Awotwe Tandoh on Thursday May 12 admitted to the claims by some members of the public on food poisoning over the weekend.

According him, the company is still investigating the matter.

A statement issued by the FDA on Monday June 13 which was giving update on the investigations said “The process to establish the root cause of the contaminations has been unfortunately hampered by the unapproved and unilateral decision of Marwako to destroy some of food items whiles the investigation was in progress.

“The FDA has applied the appropriate regulatory sanctions and is also monitoring the implementation of the Corrective and Preventive Actions (CAPA) by the management of Marwako Fast Foods to address all the non-conformances identified to prevent any and prevent any recurrences.”

Responding to the FDA’s statement, Amin Lamtey said among other things that “Inasmuch as we agree with the FDA with regards to what they have done so far, we have suffered some fines, very huge amount of money.

“Marwako Fast Food Limited, we had to pay ¢750,000. With this release, we will see what we can do with this and see how best we will follow what FDA has asked us to do so that we will be on the same page with the FDA.

“In everything that you do you must have checks and balances and then we hope that what the FDA has done with Marwako, it should go across all restaurants so that all of us will be on the same page.”