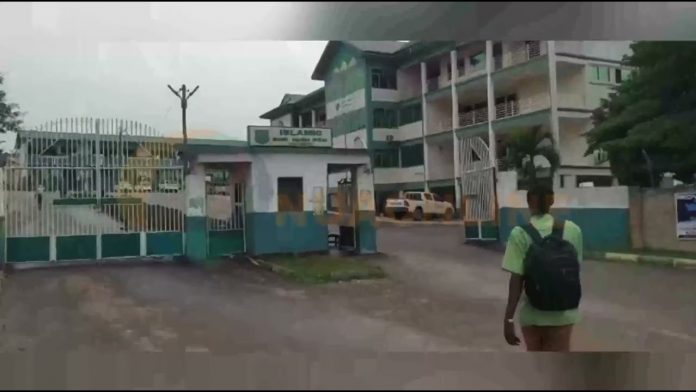 A pair of ropes have been provided in front of the Islamic SHS in Kumasi following the shooting incident yesterday.

The ropes were promised by the police chief, Dr. George Akuffo Dampare when he visited the campus yesterday.

The IGP’s ropes are to serve as speed bumps in front of the school.

About 40 students of the Islamic SHS were hospitalised yesterday after the police fired live shots into them whilst demonstrating.

The students said they couldn’t cope with the incessant vehicular knockdowns anymore, thereby demanding authorities to provide them some speed humps.

But after their petition to authorities yielded no results, they resorted to a protest after eight of their colleagues have been knocked down, excluding a female teacher.

Whilst controlling the young students, the police fired teargas into the crowd, toppled it with live ammunition which made some of them go unconscious.

After visiting the school and victims yesterday, the IGP Dr. George Akuffo Dampare promised to delve into the matter to ensure every culprit is brought to book.

Meanwhile, three top police officers in the region have been interdicted.

Dampare to speak on policing at KNUST lecture today