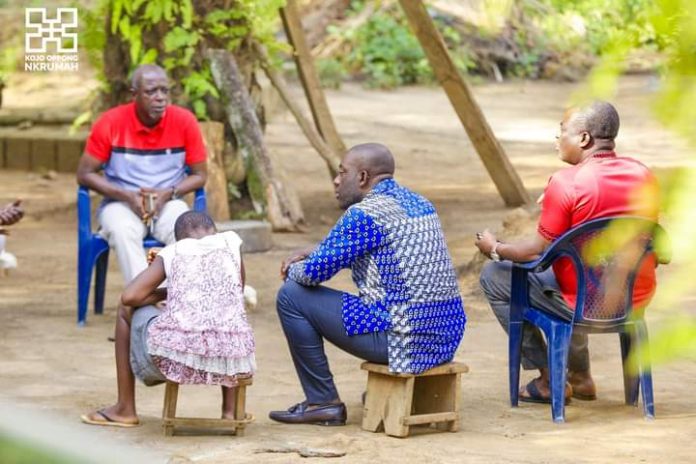 The Pember of Parliament for Ofoase Ayerebi constituency, Kojo Oppong Nkrumah and the Akyemmansa District Chief Executive have met the flogged teenage victim and family.

The visit is part of other support system for the teenager to heal.

The teenager was flogged and manhandled for not sleeping home on the orders of the step father.

Two young men were ordered to strip and whip the young lady according to visuals that were making rounds on social media.

According to the narration of the young lady, one of the young men inserted his finger into her vagina when she was recaptured after trying to flee.

She added that same person said all the ordeal she was facing wouldn’t have happened if she had allowed them to had their way with her.

The action is a violation on her right as stated in the Children’s Act 1998 Section 13 Subsection 1 and 2. “No perosn shall subject a child to cruel, inhuman or degrading treatment or punishment. No correction of a child is justifiable which is unreasonable in kind or in degree according to age, physical and mental condition of the child and no correction is justifiable for the child by reason of tender age or otherwise is incapable of understanding the purpose of the correction”

The Oda DOVVSU of the Ghana Police Service is handling the case as manhunt for the perpetrators continue.