Home Showbiz I didn't win VGMA Artiste of the Year because I became too...
Facebook
Twitter
WhatsApp
Linkedin
Telegram
Print 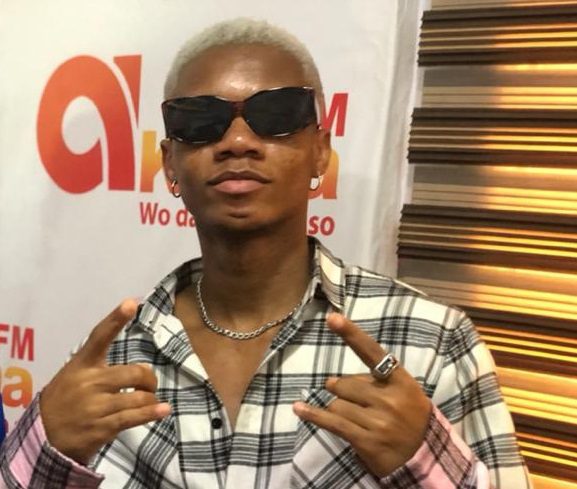 Lynx Entertainment signee KiDi, born Dennis Nana Dwamena, has says he became too proud on the night of the 22nd edition of the Vodafone Ghana Music Awards (VGMAs) and that might have caused his losing out of the ultimate award of the night, Artiste of the Year to gospel diva, Diana Antwi Hamilton.

In his latest interview with Tony Best on Akoma FM’s Entertainment 360 on Saturday, July 31, the Highlife and Afrobeat sensation said that it is normal that once nominated, you harbour the belief that you can win the categories and possibly win the ultimate.

But then winning the Artiste of the Year got into his head too much when he won his 3rd award on the night, he said.

“When I took the first award, I didn’t talk too much, the second too, I spoke less in my acceptance speech, but when I took the 3rd award, it boosted my confidence and at that point I felt I was so close to winning the Artiste of the Year, the reason I said, ‘I will be back’.

“But at the point, I felt God said, ‘my guy, you’re becoming too proud for my liking’. The four you have received is okay, go home with it,” KiDi humorously said.

KiDi, who held his much-talked about listening of the ‘Golden Boy’ album on Thursday, July 29, has already hit the road promoting the album.

My dream is to feature Daddy Lumba on a song – Kidi