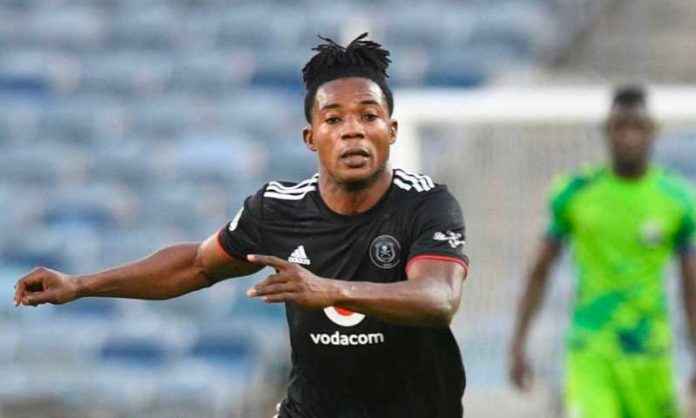 Orlando Pirates forward Kwame Peprah felt he did enough to be part of the current Black Stars squad.

The former King Faisal captain had a great first season in South Africa and was hoping to be invited to the 2023 Africa Cup of Nations qualifiers by Otto Addo, but he was not.

Peprah scored nine goals in 32 games for Pirates in all competitions.

“Looking at my stats and performance for Orlando Pirates this season, I think I have done enough to have a callup. It’s also [about] time. The management and officials at the FA know best so I think in due time when it is my time, I will get a callup,” Peprah said on TV3’s Warm Up + show.

His goals helped Pirates reach the Confederations Cup for the first time in seven years, but they were defeated on penalties by RSB Berkane. Peprah, who played for over an hour in the final, admitted he was disappointed to lose.

“We went all out for the trophy. In the group stages, we came top. We went through the quarter and semi-finals. When we got to the final and we were not able to be crowned champions, it was very disappointing. I still feel bad. I know next season we’ll win more trophies for the club,” Peprah added.

Peprah is currently on vacation in Ghana, but there are reports that he is thinking about leaving South Africa, with Greek clubs reportedly interested in signing him.