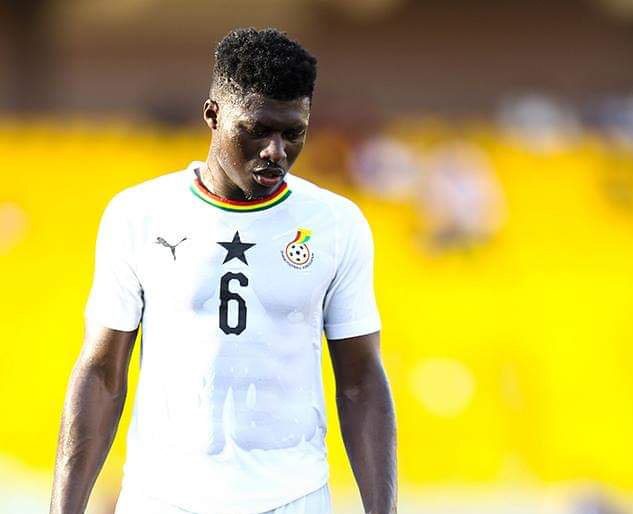 Fiorentina midfielder Alfred Duncan has announced his retirement from international football at the age of 29.

Duncan does not want to be called up for national duty again, citing unfair treatment by the Ghana Football Association and the Black Stars’ current and previous technical teams.

Duncan said in a statement that he has been “humiliated, discriminated against, and left aside for years.”

Duncan, who made his Black Stars debut against Mozambique in a 2016 Africa Cup of Nations qualifier, retires with nine appearances and no goals or assists.

“My heart is sad because I wanted to write a piece of history with the Ghanaian national team but they NEVER gave me the chance to prove it,” Duncan began his statement.

“When you are never considered and there is nothing you can do to change the situation, mentally it becomes more difficult. I have been humiliated, discriminated against and left aside for years even though I have tried to keep the doors open all the time. Unfortunately, I cannot continue to feel bad thinking about how I am being treated unfairly knowing that I have a clear conscience. Until a few years ago I was the Ghanaian player with the best performances and with the most appearances in the most prestigious leagues but I have never been considered in the national team. I recently turned down some invitations because I find it an insult to call me when it suits someone without considering my feeling as a human being who makes sacrifices in their work.”

“If years ago, when I was a Sassuolo player, I had a psychological trauma after traveling 15 hours to go to Washington for a friendly against Canada and then not play even a minute and I was the only player not to set foot in field. It was a very difficult period for me and my family but thanks to my loved ones and the support of a psychologist I was able to overcome this too. I went through so many horrible moments precisely because of the national team, I overcame everything by myself and went on my way. I found peace and happiness without thinking of being called up for the national team with the sole objective of giving the best to those who support me, consider me an important player and value me. For a player like me who has done a lot of training and has been playing in Serie A for 11 years, it’s incredible to have only 9 caps for the national team. A pure madness that has no justification. I do not accept being called up just because the Federation is pressured by the citizens and not because they recognize my value and what I can give to the national team.

“The President of the Ghanaian federation, Kwesi Appiah, Avram Grant and CK Akkonor know perfectly well what I mean and how they treated me. For the person that I am, I do not deserve everything they put me through and, for this reason, I put an end to a story that never began to have the peace and serenity that I deserve and to be able to continue working for Fiorentina, the team that I values ​​and respects me for who I am and the passion that I put into my daily work, Thank you!”