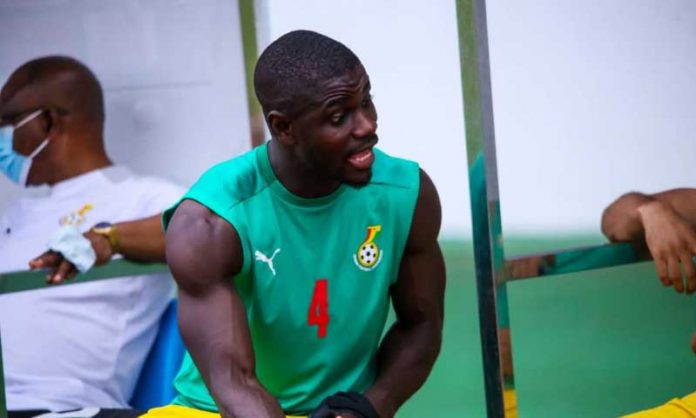 Black Stars defender Jonathan Mensah has rejoined his Black Stars teammates after being discharged from hospital.

The Colombus Crew captain suffered a head injury in Ghana’s 1-1 draw with the Central African Republic on Sunday.

Mensah suffered a headbutt from an opponent resulting in a concussion. He was given emergency treatment on the pitch before being rushed to the hospital for further treatment.

He spent Sunday night at a private hospital in Luanda, Angola.

The 31-year-old is expected to be cleared to compete in the Kirin Cup, a four-nation tournament, in Japan.

Black Stars will face the host country on June 10. If they win, they will face the winner of the other semi-final match between Tunisia and Chile in the final.