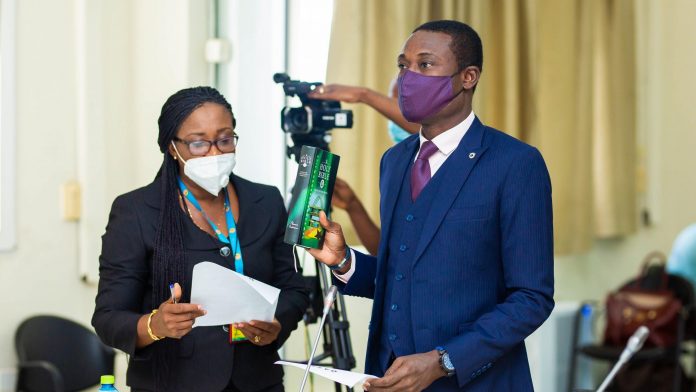 Kissi Agyebeng officially starts work from Thursday, August 5 as the country’s second Special Prosecutor after being sworn in by President Nana Addo Dankwa Akufo-Addo at the Jubilee House.

It comes exactly a fortnight after he was vetted by Parliament’s Vetting and Appointments Committee.

At his vetting, Mr Agyebeng, 43, promised to make corruption a costly venture to engage in.

“There is no way I can stop corruption. God himself will not acclaim to that.I am going to make corruption costly, a high risk activity,” he had said.

He was immediately approved by the Committee and on Friday, July 30, plenary reached a consensus to also approve him.

After he was sworn in by President Akufo-Addo on Thursday, the new head of the Office of the Special Prosecutor (OSP) tagged graft and its related activities a pandemic, aside the health pandemic the world has been plagued with.

“Mr President, we are confronted by two pandemics. One is a health crisis and its outlook is very macabre. The other is not a health crisis but it is also a pandemic which is corruption itself and corruption related activities,” he said.

He pledged to work assiduously to “suppress and repress” corruption and make it costly.

“My Office is going to drive it down and repress it to its barest minimum.”

Martin Amidu, the first person to occupy the position, resigned from his post in November, 2020, barely two-and-a-half years after being at the helm.