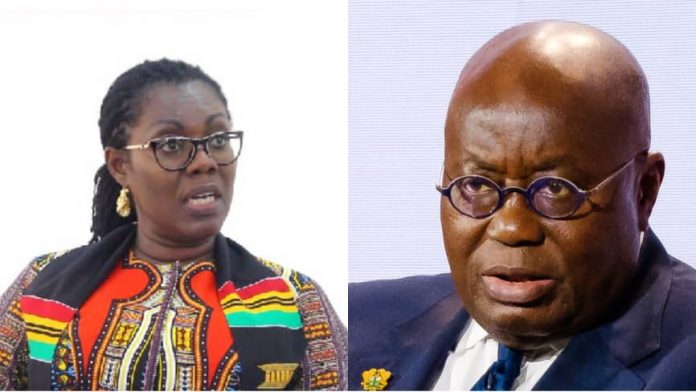 This he says is as a result of a loose talk made by the Communications and Digitalisation Minister whilst in opposition.

Ursula Owusu-Ekuful criticising the erstwhile John Mahama administration in the round up to the 2016 elections is said to have held that “if governance was all about borrowing, then my 18-year-old son can be the President of Ghana.”

The statement according to Captain Smart should be given premium and implemented since the Akufo-Addo led government has borrowed than any other government this country has had.

He continued that, an average GH₵50billion is collected by the Ghana Revenue Authority with a GH₵39.4billlion realised in 2022, about five months to the end of the year.

According to the summary of Economic and Financial Data by the Bank of Ghana, the country’s total public debt stock rose marginally by a ₵130 million to ₵393.4 billion in June 2022, which is about 78.3% of Gross Domestic Product (GDP).

A careful look at the data suggests that the country did not borrow fresh funds during the 2nd quarter of 2022.