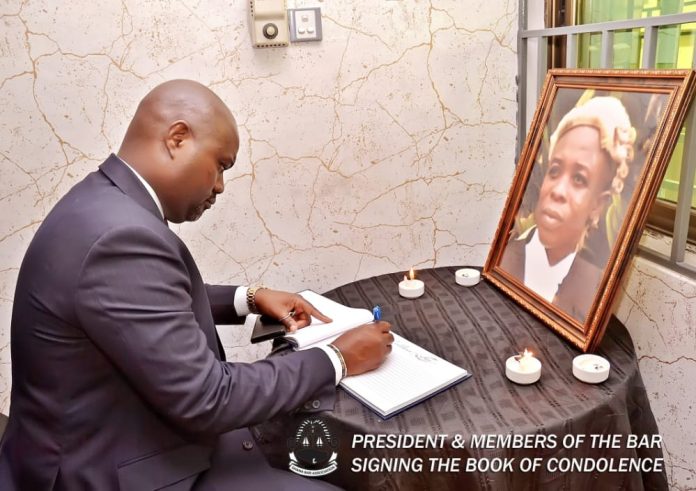 Private legal practitioner, Anthony Lartey, a partner of slain lawyer, Richard Badombie, has reiterated his colleague was assassinated due to his presidential ambition.

According to him, the incident was a contract killing.

He harped his suspicion at a courtesy call by members of the Ghana Bar Association to the deceased’s residence on Tuesday, May 31, 2022.

The visit was to commiserate with the wife and children of the late lawyer.

Mr. Lartey added that the police’s account of his former partner at Lartey, Badombie and Co. living alone is false.

Lawyer Richard Badombie was shot dead by an unknown armed men on Saturday, May 28, 2022 on the Bole-Bamboi highway whilst returning from his hometown in the north.

A petition dated Monday, May 30, sent to the IGP by friends of the slain lawyer indicated the narrative behind the heinous crime makes it a contract killing, asking the security institutions to up their game.

“We are reliably informed that no valuables of the occupants of the vehicle were taken by these armed men and none of the other occupants were shot at or injured.

“From the aforementioned narrative, we suspect that the deceased was deliberately targeted to be killed since the assailants did not rob them or take away anything,” the petition said.

But in a rebuttal, the Ghana Police Service said they are in control and the claim that crime is on the surge is a falsity.