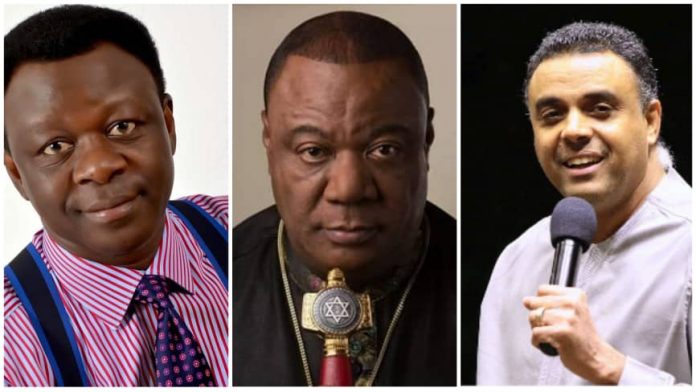 Some men of God on the Board of Trustees for the National Cathedral are allegedly planning to resign following the circumstances surrounding the funding of the project.

According to a social media post made by Broadcaster, Captain Smart, three other members are planning to exit the committee after head pastor of the International Central Gospel Church (ICGC), Pastor Mensa Otabil left.

The ICGC Founder according to the Legislator for North Tongu, Samuel Okudzeto Ablakwa, resigned from the Committee due to an “illegalities happening”

He said “There is quite an uneasy calm among the Board of Trustees. And I can confirm that one imminent priest has walked away from the Board; the revered Dr. Mensa Otabil is no longer with them.”

The MP stated that “The whole year, he has not attended any of their meetings. It is not clear what his intention was, but he has given indication that all is not well,” he told Accra-based Joy FM.

Work on the National Cathedral has come to a halt months after the project contractors, RIBADE Company LTD, allegedly sacked over 200 of its workers over a lack of funds.

A letter dated March 14, 2022, signed by the project manager, Grant Ramsay, making rounds on social media, asked all the workers to return every property in their possession to the Human Resource office.

It stated that it was only complying with portions in the contract which enjoins them to mitigate costs since they were not receiving funds for the project.

Meanwhile, government has earmarked a whooping GH₵200million for the project so far, even though the Cathedral is not supposed to be funded by the state.

Following the bashing Ghanaians have given to these men of God.

In other developments, a spokesperson for the Economic Fighters League, Nii Aryee has questioned the real owners of the Cathedral since even though situated in Ghana, the Cathedral is incorporated in the United States of America.