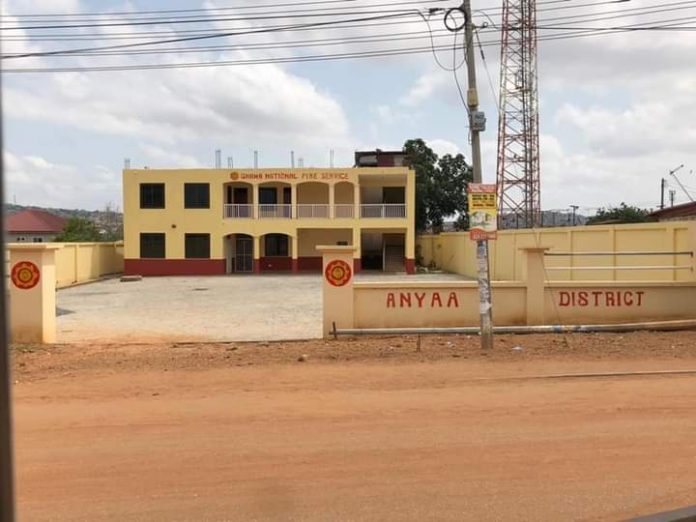 The National Democratic Congress (NDC), Anyaa Sowutuom branch, is demanding signatory evidence to resolve the controversy over the brain father of the Ghana National Fire Service (GNFS) station at Anyaa.

The party says their demand follows their conviction that the station was not built by the outgoing Municipal Chief Executive (MCE) for Ga Central, Dr. Emmanuel Lamptey as claimed by him.

“We have taken our time to do painstakingly investigation and the evidence we have at our disposal does not show anybody called Emmanuel Lamptey initiated the project.

‘On the contrary, the evidence shows that the project was under the Mills-Mahama government under the direct supervision of a certain MCE called Mr. Aristo Aryee and the prove is in the signature that is appended on the contract document,” the NDC Deputy Communications Officer for Anyaa Sowutuom constituency, Mr. Ralph Apetorgbor sid in a statement.

Mr Apetorgbor pointed out that by dint of the documentary evidence that the NDC investigation have thrown up the whole debate is now simplified.

“All that he (Emmanuel Lamptey) have to do is to bring forward the contract document bearing his signature in proof that he initiated the project then we can all give credit where it’s due and let matters settle”, Mr Apetorrgbor.

He added that the controversy has to do with the initiation and the completion of the Anyaa Ghana Fire Service station even though the project was said to be initiated by Mills-Mahama government after it was completed, the credit plaque was fix to the project indicating that it was initiated and completed by Dr Emmanuel Lamptey.

The plaque with inscription: “This Municipal Fire Station Was Built By The Ga Central Municipal Assembly under the leadership of Hon. Dr Emmanuel Lamptey (Municipal Chief Executive), May 2021”

This prompted the NDC to demand the plaque be changed and the credit be accorded the true initiator of the project.

However this was not heeded by the outgoing MCE prompting the NDC to go into the archives and dig out the facts.