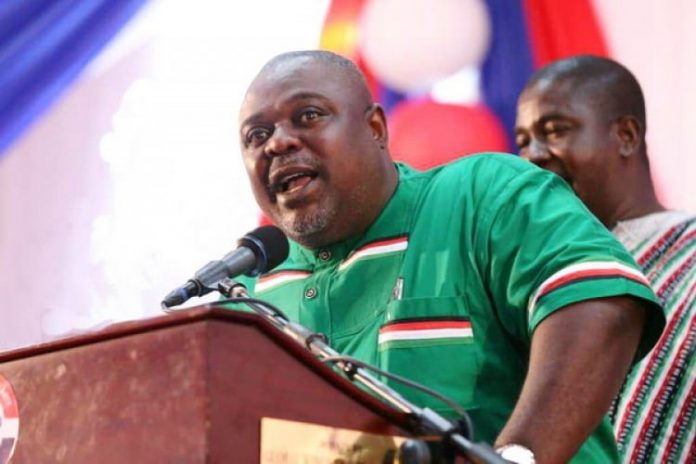 A former Deputy General Secretary of the National Democratic Congress (NDC) who has been dismissed from the party, Koku Anyidoho has said that no one will be allowed to destroy the party.

His comment comes on the back of his suspension from the largest opposition party in Ghana.

Meanwhile, Mr Anyidoho has written to the General Secretary of the party, Johnson Asiedu Nketia, whom he served under, to furnish him with the record of indiscipline for which he has been supposedly expelled from the party.

He is also demanding the supposed expulsion letter to “enable me advise myself on the subsequent action(s), that I need to take”.

The letter is apparently in reply to Mr Asiedu Nketia’s letter of expulsion addressed to Mr Anyidoho on Tuesday, July 27.

In his letter, NDC’s General Secretary said the former Presidential Spokesperson was found guilty of “misconduct” and “anti-party behaviour” by the Disciplinary Committee, a decision upheld by the Functional Executive Committee (FEC) of the party.

“The Functional Executive Committee (FEC) acting in compliance of Article 48(1) of the NDC Constitution unanimously adopted the report and accepts full responsibility for your expulsion from the party,” the letter said.

“You are, therefore, by the decision of FEC expelled from the National Democratic Congress and for that matter you are no more recognised as a member the party and cannot carry yourself as such.”

But in his letter dated Monday, August 2, 2021, Mr Anyidoho admits that all communications by his former boss may be referring to him though not receiving any official correspondence on all the allegations.

He insists that he has never infringed upon the constitution of the party.

“I do not have any history of indiscipline per the records of the party.”

He is, therefore, demanding information on these, particularly the ‘expulsion letter’.

“Please treat this letter as very urgent Sir,” he told General Mosquito, as Mr Asiedu Nketia whom he challenged is popularly known.

“I remain a loyal member of the National Democratic Congress.”