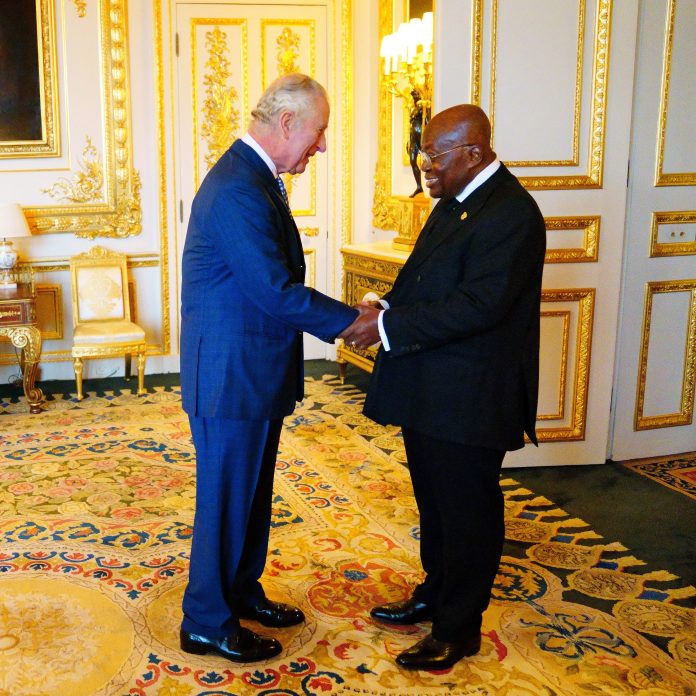 President Akufo-Addo’s visit to the Royal Family at the Windsor Castle in the United Kingdom has generated a lot of mixed reactions on social media.

Some Ghanaians are surprised he is performing official duties whilst the purpose of his visit as announced by the Presidency was for a private course.

Whilst some people are confronting him with the current economic crises ongoing in the country, others feel it is tenable for him to enjoy some ‘holidays’ nonetheless.

OnuaOnline’s keen monitoring of events under the post made by the Royal Family with a photo of King Charles III and President Akufo-Addo revealed some of the comments shared by netizens under the post.

For Mike Agyemang, the President announced a private visit and should have kept it as such.

For Nana Yaa Prempeh, the Royal Family should be careful the President doesn’t bolt with anything.

Joseph Owusu in a quick rebuttal thinks certain unfounded comments wouldn’t have come if it was the other party in power.