Home Business One expected that we'll raise revenue at this time so we don’t...
Facebook
Twitter
WhatsApp
Linkedin
Telegram
Print 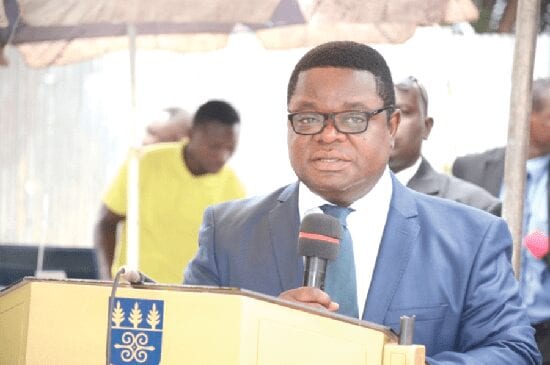 Director of the Institute of Statistical, Social and Economic Research (ISSER) of the University of Ghana, Professor Peter Quartey has said the government was expected to raise more revenue in the mid-year budget statement  in order to meet its revenue target for the year.

However, the government did not do so.

Prof Quartey explained on the Business Focus programme with Alfred Ocansey on TV3 Monday August 2 that the government witnessed revenue shortfall in the first half of the year owing to the pandemic hence, the expectation was that moneys were going to be raised.

Finance Minister Ken Ofori-Atta during the presentation of the mid-year review statement on Thursday July 29 told Parliament that he did not come to ask for more money from the House.

He also said he did not come for more taxes. Rather, he came to update the House and the country on the performance of the economy during the first half of the year.

He further stated that the Akufo-Addo administration took bold and decisive measures to deal with the negative impact of the covid on the economy.

Reacting to this, Prof Quartey said “There is a revenue shortfall and one will expect that we raise revenue at this time so we don’t have to borrow but unfortunately we have missed the target.”

Regarding whether or not government will meet its revenue target for the year, he said “the last part of the year we received more tax revenue so I am hopeful even if we miss the target at all we might not be too far from the target.

“At the moment judging from what we have received so far it appears we have received less revenue than expected .Ceteris paribus if nothing happens, then we will rake in more revenue but if the third wave intensifies then we may miss our target.

He further commended the government for transparency in the mid year budget.”

“One aspect of the mid year review that is encouraging is the transparency that we have seen from government because prior to the md year review I was agitating and a couple of were asking that government tells us how well have we performed and how well are raising the needed revenue and you see in the mdi year review some figures on the new levies, financial sector levy , covid 19 levy, sanitation levy.”