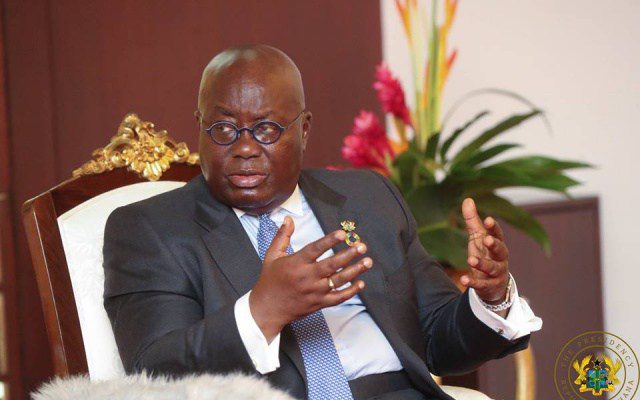 The Tertiary Education Institutions Network (TEIN), a wing of the National Democratic Congress (NDC), has said it has noted with grave concern, President Akufo-Addo’s inability to pay allowances due trainee teachers for the past six months.

According to them, these allowances have been in arrears since March 2021, a situation that is putting teacher trainees under severe discomfort and hardship.

They said the failure of the President to make life comfortable for these hardworking trainees is a breach of the social contract between trainee teachers and Nana Addo Dankwa Akufo-Addo, when he promised to consistently pay allowances if given the nod to serve as President of the Republic.

“It is trite knowledge that Mr. Akufo-Addo strived on lies, empty promises and deception to get the opportunity to lead this country but not to the extent of refusing to pay the much-talked about allowances he promised to ‘restore.’

“The wanton failure of our father, Nana Addo Dankwa Akufo-Addo to pay trainee allowances can no longer be tolerated, given the harsh living conditions in the country,” a statement signed by Ekow Djan, National Deputy TEIN Coordinator, said.

It added “We are therefore calling on the President to as a matter of urgency clear the six month allowance arrears owed teacher trainees, with immediate effect.

“The President’s recent remarks which stated that teachers should not expect to be rich is a distasteful one but the attempt by his government to worsen the plights of teachers must be resisted by all.

“For the avoidance of doubt, the teaching profession is a noble institution, and hence government must make it a priority, instead of focusing on needless expenditure and the shielding of corrupt officials.

“We also wish to use this medium to call on all relevant institutions and well-meaning Ghanaians to join in this advocacy in order to rescue teacher trainees from the insensitive hands of President Akufo-Addo and his incompetent appointees.”