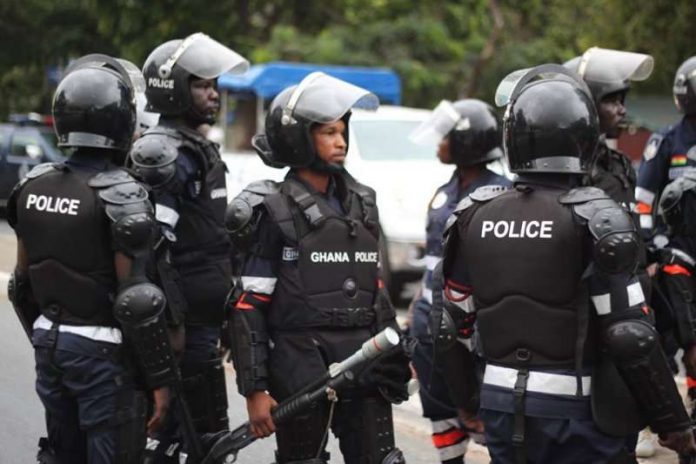 The Public Relations Officer of the Greater Accra Region Police Command, DSP Afia Tengey has said that they are adequately prepared to provide security for the demonstration that will be organized by the #Fixthecountry conveners tomorrow Wednesday August 4.

She told Dzifa Bampoh on the First Take on 3FM Tuesday August 3 that all the necessary security arrangements have been put in place to ensure a successful protest.

All the Covid protocols will be adhered to, she added.

“Let us make sure that we adhere to covid-19 protocols”

This was contained in a presser released by the Economic Fighters League after a meeting with newly appointed IGP and other members of the police top hierarchy in Accra on Monday, August 2.

The meeting, which was called by Mr Akuffo Dampare, was, according to him, to “assure the protesters of maximum protection from the start to the end of the August 4 #FixTheCountry protest”.

The conveners, in turn, notified the IGP on the routes planned to be taken by the protest and plans made to ensure the adherence to Covid-19 protocols by training marshals who would enforce compliance.

The conveners also inquired from the Inspector General of Police if there would be counter demonstration(s) and the use of water canons come Wednesday to which he answered no.

They ended the meeting by assuring the IGP and all Ghanaians the protest will be a peaceful one and that anyone who comes there with the intention to foment trouble will be handed over to the law enforcers for further prosecution.

The protest will begin at the Obra Spot at the Kwame Nkrumah Circle Interchange through the Farisco Traffic Light towards the TUC-Kinbu Senior High School road.

It will end at the Black Star Square.