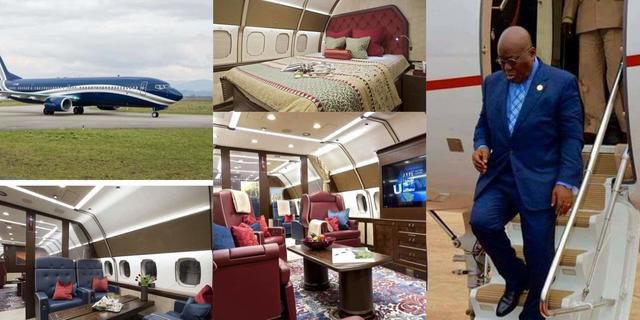 After pretending he was a changed man by flying commercial on his last two trips to the US and the UK, he has returned to his grossly insensitive and reckless ways of profligate traveling in ultra-luxurious charters.

Probably thinking he will escape our unimpeachable surveillance if he switched companies, President Akufo-Addo on this occasion decided to abandon his favourite LX-DIO operated by Global Jet Luxembourg and opted for German based private jet operator — K5-Aviation.

K5-Aviation has been licensed to operate their luxury fleet by the German National Aviation Authority (Luftfahrt-Bundesamt, LBA) since June 2011.

As usual, President Akufo-Addo ordered their top-of-the-range and most expensive aircraft in their collection — the Airbus ACJ319. It is registered D-Alex.

This luxury monster is costing the Ghanaian taxpayer €20,000 an hour.

For President Akufo-Addo’s current trip to Belgium and Rwanda beginning Sunday the 19th of June, 2022 to attend the 15th Edition of the European Development Days Forum in Brussels, Belgium, and the 26th Meeting of the Heads of Government of the Commonwealth of Nations in Kigali, Rwanda; we can confirm a conservative bill of €480,000.00.

The 480,000 Euros which is derived from 21 hours of total flight time plus other industry charges works out to some 4.1million Ghana Cedis at current exchange rate.

It must definitely take a rare kind of insulting insensitivity for President Akufo-Addo to be this wasteful and obstinate at a time Ghanaians are facing a cost of living crisis.