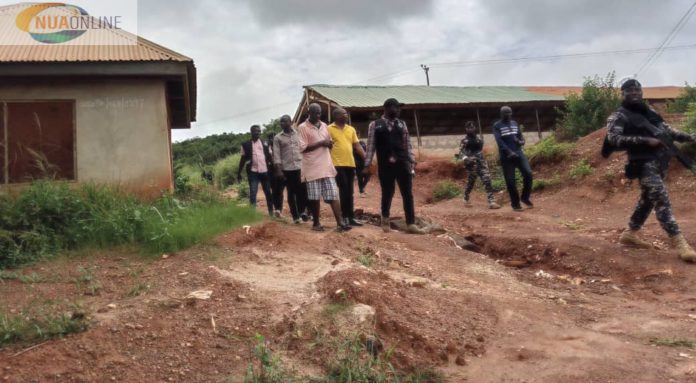 The murder of Aso Botchwey makes it five, the number of persons Nana Clarke has allegedly killed.

According to Onuaonline’s sources, one lady shot at Abura Batanyaa on June 9 2022 was allegedly done by Nana Clarke.

He allegedly buried the remains of the lady at river Okye where he sent the police to have a look at.

The police are currently at Ekumfi Akoti, Okye River where he allegedly shot, killed and buried.

Bullet used in the operation has been retrieved by the police but finding it difficult to find the exact place the body was buried because the river has washed over the surface.

The persons he allegedly killed before Aso include one young lady whose father had complained of her missing some months ago.

According to the father, Nana Quansah Clarke promised sending his daughter to the Netherlands which he paid him some money.

Few weeks after their encounter, the lady got missing. The father said he didn’t lodge official complaint because he thought Nana had sent her abroad as agreed and was probably having challenges for which she hadn’t call then.

Meanwhile, the police had identified the body of a murdered young lady which they deposited at the Cape Coast Teaching Hospital.

Upon hearing the criminal deeds of Nana Clarke, the man called for identification and has allegedly confirmed that the young lady at the morgue is the daughter Nana Clarke had promised sending abroad.

It is also alleged that a mother and her baby were shot in Kumasi this year which was also orchestrated by him.

The police have been visiting these places with the suspects who are showing them where they carried these operations.

Mankessim murder: ‘Release him and jail me, he is innocent’; Nana Clarke begs court to aquit 3rd suspect