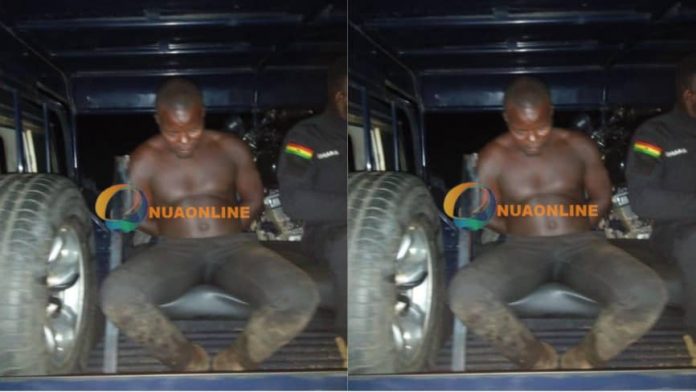 A suspected armed robber has been arrested by residents of Soma in the Sawla-Tuna-Kalba District of the Savannah Region.

His accomplices, three in number, managed to escape after attacking the shop of a businessman at Soma.

He has since been handed over to the Sawla District Police command.

When Onua TV’s Christopher Amoako visited the command, he was directed to the regional headquarters who have taken up the matter.