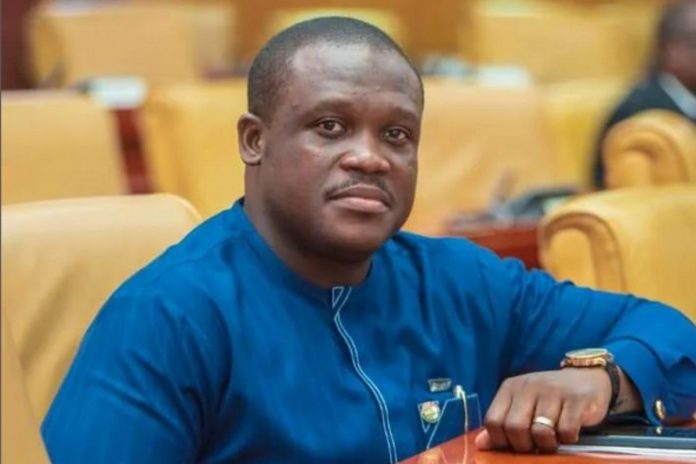 Samuel Nartey George, the Member of Parliament for Ningo Prampram has blamed the scuffle surrounding the SIM card re-registration on the NPP government’s policy incoherence and mismanagement of egos.

The rampant reallocation of the National Identification Authority (NIA) to different ministries and offices is the reason according to Mr George, for the stress people are enduring in re-registering their Subscriber Identity Modules (SIM) cards.

He was speaking on the fate of unregistered subscribers ahead of the SIM card re-registration deadline.

He further argued the challenges that has resulted to blame games between the ministry and authority is as a result of equipment procurement melee.

“And the fact that we are subjecting Ghanaians to this unnecessary issue of queuing up simply because someone chose to go and procure a system instead of using an automated system that exists at the NIA. So Ken Attafuah says if you’re not procuring my system, my agency is not built to provide you emergency cards so we’re at our own pace. The ministry is also saying blame the NIA.

“We have summoned the Minister to Parliament to ask her what the problem is and she says it is not my fault, it is the NIA’s fault. And the NIA is also saying it is not our fault,” Mr. George explained.

The Ningo Prampram Legislator, however, sided the NIA’s stance, saying it was legitimate since it’s a national security institution.

“…And I agree with the NIA, the NIA is a national security institution and they are not supposed to have 3,000 people sitting in their premises, creating issues,” he concluded.

Juaboso: Over 4,000 people have registered for Ghana card but refused to collect them – NIA Director