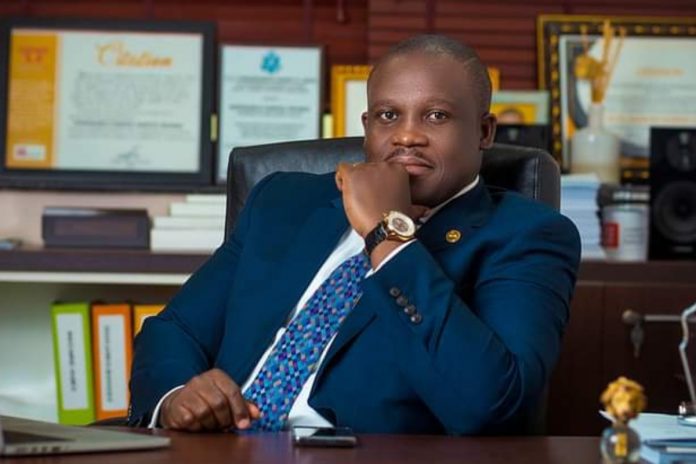 Government projected an annual revenue of GH₵7 billion prior to the implementation of the electronic transaction levy (e-levy).

But since its implementation in June 2022, the revenue fallout has fallen astronomically, making government reduce its projection to GH₵611 million in a year period.

The announcement was made by Finance Minister, Kenneth Ofori-Atta, in a statement.

This, is what Deputy Ranking Member of Parliament’s Communication Committee, Samuel Nartey George, has described as a trailed course.

On the KeyPoints show with Alfred Ocansey on TV3 Saturday, July 30, 2022, the Ningo Prampram Member of Parliament said the 9 per cent of initial projections realised so far might drop further if government goes ahead to deactivate peoples SIM card for their inability to re-register due to no fault of theirs.

“…Like I said, you have an e-levy that has trailed a course –9%, it scored 9% and even that 9% is projected. There is still doubts that if you go ahead with deactivating SIM cards you’ll not be able to make 10% of that amount that you’re looking for because this ₵611 million is actually less than 9% of what the original expectation of the e-levy was. This is because the policy makers failed to listen to industry,” he predicted.

The Secretary for the African Parliamentary Network — on Internet Governance (APNIG) extended the repercussions of the directive to the telcos who stand to lose hugely on unpaid loans granted to their customers.

He said customers are holding back their payment of loans in anticipation of cancellation of their SIM cards, which is a disincentive to attract investors into the digital space.

“Quick loans have formed the basis for a new cadre of small scale businesses. People are turning around ₵500, ₵1,000 and even put food on the table of families so you don’t underestimate the value of this,” he expressed.

Ursula Owusu-Ekuful, the Communication and Digitalisation Minister has said the deadline for the SIM re-registration will not be extended after the initial postponement from March 31 to July 31.

Addressing a forum in Kumasi Friday July 22, 2022, she appealed to all persons who are yet to re-register their cards to do so before the deadline.

She also spoke on the arrangement being made for Diplomats and diasporans to get their SIMs registered.

The Communications Minister in an address Tuesday, March 22, 2022 said the Registration App will be operational by mid-April.

The Ablekuma West lawmaker is expected to address Ghanaians on tomorrow, Sunday, July 31, 2022, the deadline for the SIM re-registration.

‘Legalize it, it’s better than E-Levy’ – Netizens react to the arrest of 4 men possessing narcotics