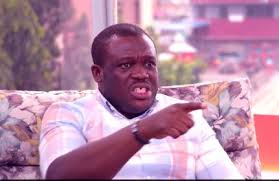 Member of Parliament (MP) for Ningo Prampram, Sam Nartey George, has described as “disgrace to Ghana’s democracy” MPs who are engaged in looting state properties. His comments come on the back of revelations detailing how some politicians are grabbing portions of land within the Achimota Forest reserve in Accra.

He says the actions of such persons is inimical to the growth of Ghana’s democracy.

In a tweet made by the legislator Thursday, May 26, 2022, concerning the controversy surrounding the land capture, he said “Achimota Forest land grab = CREATE, LOOT & SHARE! Any politician, past or present, NDC or NPP, member of the Legislature or Judiciary or business person involved in this blatant looting scheme is a disgrace to our democracy. Shame on you all!”

Meanwhile, the Office of the Special Prosecutor has commenced investigations into the alleged improper acquisition of state lands by the late former Chief Executive Officer of the Forestry Commission, Kwadwo Owusu Afriyie (Sir John) according to a statement issued Thursday, May 26, 2022.

The OSP’s action follows a petition sent to its outfit by an anti-corruption campaigner, William Nyarko.

Part of the petition dated May 24, 2022 said “I write on behalf of Corruption Watch Ghana to petition the Special Prosecutor to investigate the alleged acquisition of several acres of alleged state lands situated in the Achimota Forest and Ramsar sites in Sakumono by three artificial persons namely Jakaypros Limited, Fasoh Limited, DML Limited, and two natural persons namely Charles Owusu, an officer of the Forestry
Commission and Kwadwo Owusu Afriyie, popularly known as Sir John, now deceased, who served as the Chief Executive Officer (CEO) of the Forestry Commission from March 2017 until July 2020.

Meanwhile, Executive Secretary of the Lands Commission, James Dadson has, however, said there is no record at the Commission indicating Sir John owns portions of the Achimota Forest Reserve.

“There is nothing in our records concerning that. What you read is what I have read. We don’t have anything recorded here for Sir John as far as our records are concerned,” James Dadson told journalists in Accra on Monday, May 23, 2022.

A supposed will of Sir John which is currently in circulation in a section of the Ghanaian media indicate the late former General Secretary of the New Patriotic Party (NPP) owned portions of the forest reserve and accordingly bequeathed to his relatives.

SIM card re-registration: Ursula Owusu’s ‘no extension of deadline is not true, she will extend it’ – Sam George