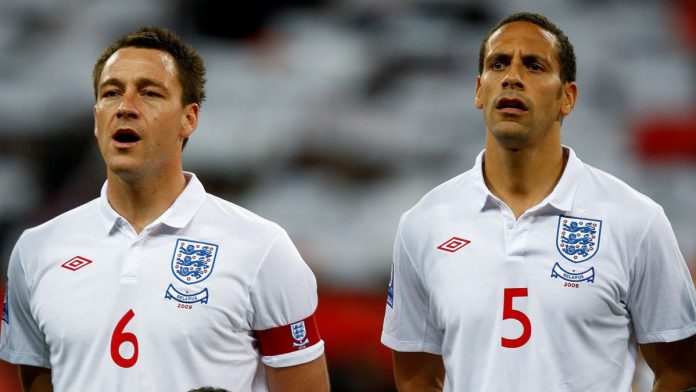 While naming his top five centre-backs in Premier League history, the Manchester United icon began by naming himself as the best.

According to the Manchester Evening News, he said:

“I believe I was number one, seriously, I’m putting myself number one straight away, that’s how I approach everything.”

Rio then went on to mention Nemanja Vidic, Virgil van Dijk, and Jaap Stam before naming Terry as the fifth-best player.

“For number five, I’m going for John Terry, in terms of his longevity at that club [Chelsea], what they won, body on the line, much better footballer than people give credit for and the team he played for suited him.”

“I just feel the difference with myself and you, and with Jaap, we could’ve played in any time in any era. That’s the difference. I still think as your career isn’t finished there will be movement.”

Terry was dissatisfied with the rankings and used infographics on his Instagram story to show his case, which Ferdinand did not appreciate, resulting in a Twitter feud.

Ferdinand took a swipe at Terry, calling him out. The Manchester United legend wrote:

“The moment one has to start pushing their own records and stats it’s really time to start addressing the fragile ego. Your (sic) lucky I even put you in the top 5 after the racism case with my brother so be thankful you made it.”

In 2011, Terry was accused of racially abusing Rio Ferdinand’s brother, Anton Ferdinand. The court found the Chelsea legend not guilty because there was insufficient evidence to show specific words were spoken.

Terry instantly responded with a witty remark, but he avoided the racism accusation.

“A fragile ego is putting yourself at Number 1. Thanks for putting me in your top 5,” Terry posted.