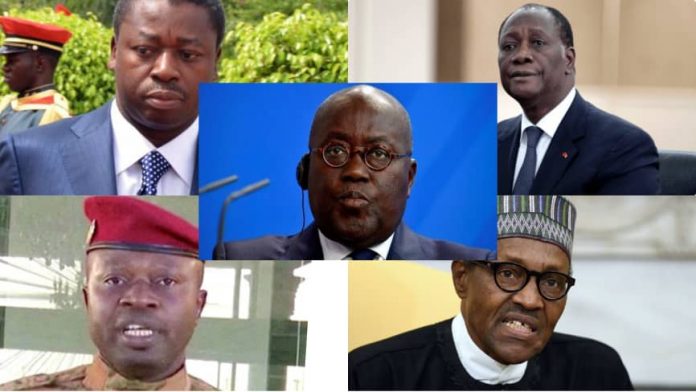 The current economic turmoil in Africa is as a result of poor leadership, a security specialist has asserted.

Dr. Nii Okai, formerly with the Kofi Annan International Peacekeeping and Training Centre (KAIPTC) says rather than thinking deep into the issues of Africa and addressing them, leaders of Africa only manage problems and propose populist programmes aimed at winning elections.

His statement stems from the current economic upheaval in the sub region, resulting in a historic two-day mammoth protest in Ghana for instance, with other nations battling terrorism.

“The quality of leadership we have now is poor. We don’t have quality leaders who can think deep into their [youth] issues. The youth need leaders who speak to the needs of their problems. Workable solutions not those that would win you elections.

“Our problem as Africa”, Dr. Nii Okai, the Former Head of International Institutions and E-learning at the KAIPTC included “is overreliance on Foreign Direct Investment (FDI). These people change their currencies and repatriate the monies to their countries making us resort to some kind of internal slavery.”

FDI is not bad in itself, Dr. Okai stated government must not freely open its doors for foreign to throng into the country to reap profits at the expense of the state.

He noted there is a wrong economics in-between the leadership crises and the youth bulge since African leaders have not thought through the challenges facing the youth to put forward lasting solutions to them.

The #KromAyɛHyi dubbed demonstration staged on Tuesday and Wednesday had the first day characterised with violence where protestors pelted stones with the police firing back teargas at them.

The mayhem was triggered by the group’s insistence to march to the seat of government – the Jubilee House, through the Ring Road Central leading to the arrest of 29 persons.

The police also said other persons culpable of incidents that marred the day were also going to be arrested with organisers of the demo and put before court.

The group, according to its leaders marched to drum home the high cost of living in the country to government.