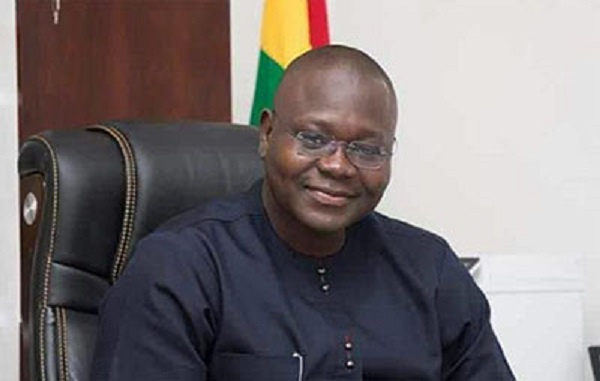 In Ghana, urban areas bear the biggest brunt with the urban slum population crossing the 7 million mark. According to the recently held Population and Housing Census; Ghana has 10.7 million structures out of which 20% are incomplete.

According to the Works and Housing Minister, Francis Asenso-Boakye, the country’s rent laws passed over 59 years has outlived its usefulness considering the country’s current population growth associated with higher demand for housing.

Speaking at KNUST Law Faculty Colloquium on the drafted rent bill and Ghana Housing Authority Bill, the minister said the newly drafted bill if approved by cabinet and subsequently passed into law by Parliament will remove constraints that demand advance payment of two years rent up-front.

”Rent Act as amended was passed by parliament 59 years ago and therefore its relevance has been outlived by the current population growth and other several attendance difficulties that engulfed the housing sector over the years.

“It has therefore become necessary to reform existing legislation, remove inherent constraints on housing supply, maintain the protection it offers low income and vulnerable tenants from abuse and arbitrary actions and offer incentives which will stimulate private sector investment in the area of rental housing.

“Furthermore, the new rent act is intended to safeguard the right of vulnerable tenants who have been outpriced by the uncontrollable hikes in the cost of rental accommodation in the country,” he stated.

Mr. Asenso Boakye pointed out that, the drafted bill if approved by cabinet and subsequently passed into law by parliament, will remove constraints that demand advance payment of two years rent upfront.

He announced that the ministry has therefore submitted memorandum to cabinet for consideration and will begin implementation after the needed approval has been obtained .

To this end, the Ministry of Works and Housing has received policy approval for the establishment of the Ghana Housing Authority to regulate, plan and manage housing development in Ghana.

To address the short to medium term market failure in the rental segment of the housing market, the government through the ministry of works and housing is in the process of establishing a National Rental Assistance Scheme.

This will be done through government in partnership with the private sector to provide soft loans to eligible Ghanaians to enable them pay rent advance.

Speaking at the Colloquium on the drafted rent bill and Ghana Housing Authority Bill, Vice Chancellor of the Kwame Nkrumah University of Science and Technology, Prof. Rita Akosua Dickson, described the event as having a national interest due to its propensity to serve will serve generations unborn.

”To say that, this is an event of national interest is indeed an understatement. Nobody is isolated from this problem as currently a pressure on housing infrastructure is everywhere. Therefore, this event has come at the right time because it will open avenues for us to set out key priorities, develop concrete plan of actions and practical approach to delivering on key housing target based detailed international comparative analysis. This indeed is a national exercise and what we do here today will go a long way to affect generations to come,” she said.