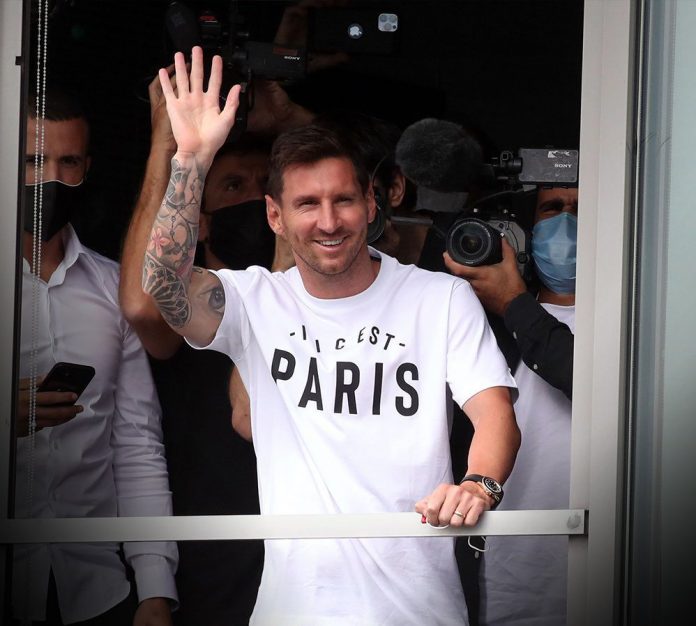 Paris Saint-Germain have confirmed the signing of Barcelona legend Lionel Messi, following his departure from the Catalan club last week.

Messi has signed a two-year deal with an option for a third, and brings about a new, unexpected chapter of his illustrious career after 21 years with Barcelona.

PSG teased the player’s signing on their Twitter page this afternoon, with a further announcement to come.

The 34-year-old Argentina captain left Barca – the only club he has ever played for – as they were unable to afford a new deal under La Liga’s financial fair play rules.

Considered one of the greatest players of all time, Messi scored a record 672 goals in 778 games for Barca, the club he joined as a 13-year-old.

He won the Ballon d’Or a record six times and lifted 35 trophies with the Catalan club.

The signing of Messi – who would be reunited with former Barca team-mate Neymar at the Parc des Princes – is one of the most noteworthy captures in football’s history.

Unless there are any late hitches, he will become PSG’s fourth free-transfer signing this summer after the arrivals of midfielder Georginio Wijnaldum, defender Sergio Ramos and goalkeeper Gianluigi Donnarumma.

‘I always thought he was better than him, but after I trained with him, I knew I was right’ – Vincent Aboubakar