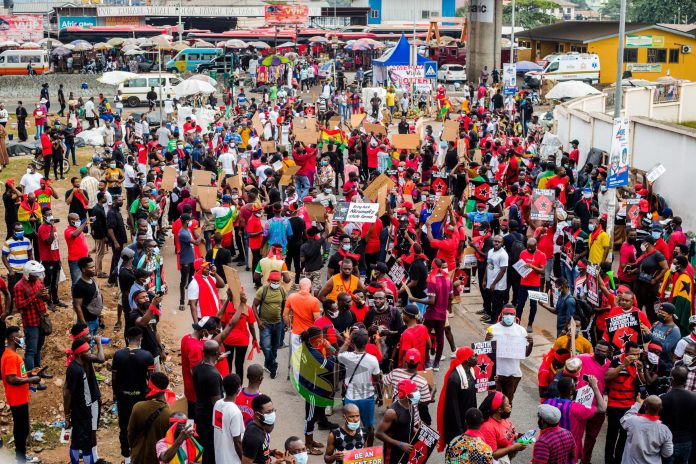 Ghanaians have stormed the streets of Accra demanding better living conditions in a demonstration dubbed #FixTheCountry.

As early as 5:00 am on Wednesday, August 4, which is a holiday as the country honours its founding fathers, protesters gathered at Obra Spot near the Kwame Nkrumah Circle Interchange to begin the march through the capital.

And while thousands are on the streets, social media, specifically Twitter, where the campaign started, hasn’t been left out.

Several pictures and videos from the procession have been shared on Twitter, with the hashtag #FixTheCountry trending number one with over 49,000 tweets.

See some of the Tweets below